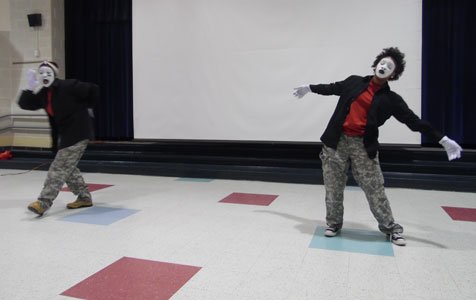 December 1, 2014, officially marks worldwide AIDS observance day. Individuals around the world are encouraged to learn facts about HIV, show support for individuals who are living with HIV and remember those who have died from it.

Approximately 70 youth between the ages of 12-18 gathered to participate in an interactive workshop that was hosted by Coates’ Fresh Start Church and the Anne Arundel County World AIDS Day Committee. Members of Empowering Believers Church of the Apostolic Faith and Kingdom Celebration Center also participated. Other partners and advocates offered support, during the event, such as Jo Ann Scipio. Scipio, co-chairwoman of the Anne Arundel County World AIDS Day Committee, remarked that this is the second year that the local World AIDS Day event has been youth-focused.

“I started getting really active, when my sorority (Delta Sigma Theta) got involved close to ten years ago. One of our national initiatives was focusing on HIV/AIDS,” the Annapolitan said. “It’s important to reach out to youth, because we’re seeing more youth getting the disease, as well as there’s the feeling that they can do whatever they want and they will not be affected. We just want to inform them of their risks.”

The Knights of the Light, a step team created and led by David Bullock, captured the attention of their peers as they stomped and shouted faith-filled messages. Several performances set the tone for messages of self-awareness and HIV prevention that followed.

Khilia Chantal, a seventh grade teacher, poet, songwriter and singer, recited a poem about HIV. Before she left the front of the room, youth were given an opportunity to ask questions about how HIV is transmitted.

“It is very preventable,” Chantal, who once worked for Anne Arundel County’s Health Department reminded. She later said that teachers encounter students on a regular basis who are sexually active, and that HIV education is also important for adults to know how to deal with individuals who may be HIV-positive.

“To be educated about it is very important. If you find out a student has HIV, you want to be educated enough not to treat them any differently than any other student.”

Coping with peer pressure was a prominent theme during the youth engagement workshop. Skits reminded teenagers to be prepared for sexual temptation that can arise at parties, which they may attend. Theodore Thomas and Tara Dawson performed.

“I learned more about HIV and AIDS. People usually know it’s an STD, but they don’t know how deadly it is. Today, we really tried to get the message out about how dangerous it can be, and get rid of the myths that people are saying about it, and make sure everyone knows how to prevent it,” 16-year-old Theodore said.

The public is invited to attend Fresh Start Church’s upcoming World AIDS day event on Monday, December 1, 2014 at 7 p.m. The church is located at 506 Lincoln Drive in Glen Burnie. For more information, call 410-360-4207.