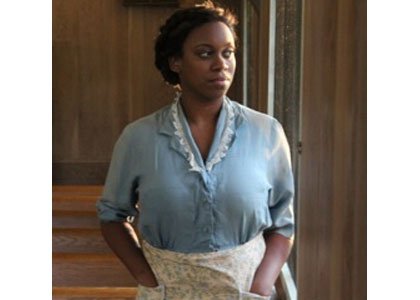 The musical showcases jazz, ragtime, gospel, African music and blues, and will feature new up-and-coming talents along with local favorites including Dayna Marie Quincy, who was a lead in the Broadway National Tour of “The Color Purple.”

Performances will run every Friday and Saturday at 7:30 p.m. and Sundays at 5 p.m. in the newly designed Boston Street Theater inside Best Western Plus Hotel and Conference Center located at 5625 O’Donnell Street in Baltimore.

Based on the Pulitzer Prize-winning novel of the same name, by Alice Walker, the story of the musical spans four decades and three continents.

Throughout the musical we are introduced to an array of complex and charismatic characters including Harpo (Te-Ron Prioleau), Sofia (Latisha Hamilton), and the ever- alluring Shug Avery, played by Tierra Strickland.

However, much like the novel and the 1985 Steven Spielberg-directed film, the musical mostly chronicles the life of Celie, played by Dayna Marie Quincy. Separated and isolated from her sister Nettie (Raquel Gregory-Jennings), Celie is a battered and abused 14-year old girl from the South. Celie has endured rape by a man assumed to be her father, has been stripped of her children and ultimately sold off into a loveless marriage.

Nettie, on the other hand, is allowed to attend school, becomes a teacher, and eventually ends up on a missionary trip in Africa with a couple who turn out to be the adoptive parents of Celie’s long-lost children. Dayna, who has had the unique opportunity of having played the role of both Celie and Nettie in past productions says, “I’m looking forward to finding a fresh approach. I love the music from the show, and it’s great to come back to it and experience new people and new voices!” During the course of the musical, Celie changes over time from a fragile youth to a mature and contented elderly woman. While some would cower at the demands of playing such a broad character arc, Dayna notes, “I look forward to attempting to tell her story in as true a manner as possible, and to her evolution as a person. From the moment the curtain goes up she is always growing— always changing.”

She also acknowledges the heavy issues covered in the musical, “I want people to walk away thinking about domestic violence, mental views and self-exploration.

I want people to look at their own lives and really think about not only the negatives, but the positives in life…. the silver lining.” The two sisters find strength by writing letters and clinging to the hope that they will one day be reunited. Ultimately, “The Color Purple” reminds us that, “it only takes a grain of love to make a mighty tree.”

Founded by twelve aspiring young artists in 2003, ArtsCentric is an organization designed to bring quality artistic works and creative services to the community at large. Its members consist of talented artists, musicians, educators, composers and playwrights.