Smokey Robinson to perform in Baltimore 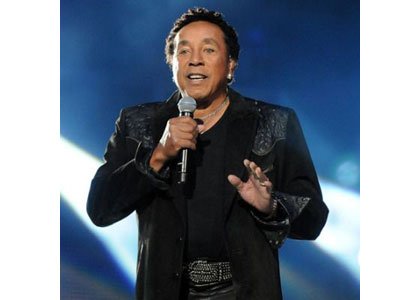 “It’s the Lyric Opera House, It’s possible,” he said during a recent trip to Charm City.

Robinson’s appearance in Baltimore will cap-off a trip down memory lane for area Motown fans.

In October, Gladys Knight wowed a sold-out crowd at the Warner Theatre in Washington as she performed such hits as “Midnight Train to Georgia,” “Neither One of Us,” and “The Best thing that ever Happened to Me.”

Then, in November, another Motown Records icon Stevie Wonder thrilled more than 17,000 fans at the Verizon Center in Washington, reliving his masterpiece album, “Songs in the Key of Life.”

Now, it’s Robinson’s turn and, if you take the word of officials at the Lyric Opera House, those who attend are in for an unforgettable evening.

“The dictionary defines the popular term comfort food as food prepared in a traditional style having a usually nostalgic or sentimental appeal. It has been known to have a buffering effect as it soothes the soul and spurs memories of more comforting times,” Opera House officials said in a news release.

“If that concept holds up in the kitchen, then it makes perfect sense that it should hold true in the living room with its aural equivalent. While it’s

already a known fact that popular songs often connect with listeners in a highly personal way, often recalled alongside life’s more personal moments, only a few distinctive voices in popular music can achieve that same effect with instantaneous familiarity,” they said.

With his eternally smooth and instantly recognizable falsetto alone without the strings, bass, guitar or drums, the legendary Robinson’s honey-coated voice absolutely is the audio equivalent of comfort food and its comfort food for the soul.

Known for his falsetto voice, Smokey Robinson has recorded more than 35 Top-40 hits and he has in excess of 40,000 songs to his credit as one of music’s most acclaimed songwriters. Recognized as a critical piece to the success of Motown Records, Robinson has been inducted into both the Rock and Roll Hall of Fame and Songwriters Hall of Fame.

“When I sit down to write a song, I want to write a song that 50 years ago would have meant something. So, 50 years from now, it’s going to mean something,” he said. “I know that, if I do that, that the song has a chance to live on and on. If it can live on and on and 20 years from now, somebody could pick it up and do a great arrangement on it and it could be a hit, you know. But, if it’s a song, it has that chance, so that’s my goal every time.”

Tickets range from $47 to $115 and can be purchased by visiting www.lyricoperahouse.com or ticketmaster.com.