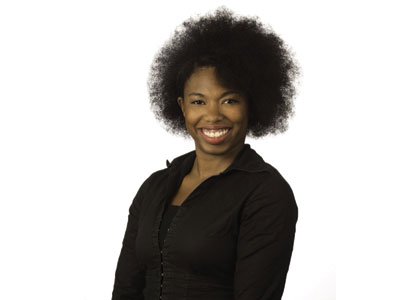 BALTIMORE — Doc McStuffins, from the popular Disney Junior show, is an adorable six-year-old who wants to be a doctor when she grows up, and fixes all of the toys and stuffed animals. She has landed in Baltimore along with characters from Sofia the First, Jake and the Never Land Pirates, and other favorites for an unforgettable adventure.

The exciting line-up, which has been delighting youngsters all over, is part of Disney Junior Live On Tour! Pirate and Princess Adventure. Presented by Stonyfield YoKids Organic, the production launched a 103-city national tour in July 2013. In the production, Feld Entertainment, Inc., producers of Disney On Ice and Disney Live! has taken top performing cable TV series for preschoolers to the stage. The show will be performed at the Lyric Opera House on Friday, December 5 and Saturday, December 6, 2014.

“I enjoy being Doc McStuffins,” said Denise Coleman who portrays “Doc McStuffins.” “I really admire her childhood curiosity and desire to fix her toys. I also admire the fact that she never gives up.”

The performances will also feature a special interactive pre-show featuring Doc McStuffins. Children and their parents will be able to sing the "I Feel Better" song along with the loveable, make pretend doctor as she provides tender love and care. Disney Junior Live On Tour! Pirate and Princess Adventure will also feature Disney characters “Mickey” and “Minnie,” who will lead the audience on an exciting adventure.

Audiences will then embark on a journey to the magical world of Enchancia, where “Sofia,” her stepsiblings “Amber” and “James,” and the entire kingdom are preparing for the annual friendship festival.

The excitement continues when families cast away to Never Land where “Jake” and his “Yo Ho” pirate friends “Izzy” and “Cubby” are in a race against time to locate a mysterious treasure-filled volcano. “Peter Pan” makes a special appearance, aiding the team in their heroic quest, and with the help of Tinker Bell's pixie dust, Jake and his crew fly above the stage in their journey.

“I have never been to Baltimore so I am really looking forward to coming there,” said Coleman. “I plan to visit some of the restaurants and to take a train over to Washington, DC to check out the nation’s capital.”

Coleman has been with Disney for three years.

“I auditioned in Chicago,” said Coleman who also worked in Disney World as a parade performer. “I got a call-back, and now I am here. My life has changed tremendously. I have always enjoyed traveling, but being with Disney has allowed me to go to so many places. It has opened my eyes to different cultures all over the world. I have toured all over the United States. I have also toured Japan, South America and Europe. It brings me such joy. I love it.”

Coleman, who is 26, also talked about other future aspirations.

“I love to dance and be on stage,” she said. “One day, I would like to own my own studio in the city and bring dancing and theatre to children and adults.”

The talented performer who said she can’t live “without music and her Bible” is looking forward to performing in Baltimore.

“This production is interactive and fun for the entire family,” said Coleman. “I am encouraging everyone to come out and see this phenomenal show.”

For tickets, performance times, and other information about Disney Junior Live On Tour! Pirate and Princess Adventure, call 800-745-3000 or visit: www.ticketmaster.com.