Marion Barry was a personal hero! 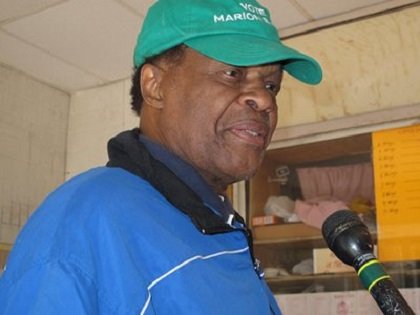 (NNPA) — We recently lost Marion Barry, an American icon, who changed this nation in ways most don’t understand. I remember coming to Washington, D.C. for the first time in 1964. It was shocking to me because I had never realized that D.C. was a Deep South city replete with Jim Crow segregation. The housing was totally segregated and we rarely saw whites. We were told to not drive into Prince George’s County or bordering Silver Spring, Maryland, as the white police force was prone to beating blacks.

One year later (1965), Marion Barry, a civil rights activist from a small town in Mississippi, would arrive to make change. Barry along with other activists started to make change— big changes.

Marion earned his stripes in the local political circles and when the opportunity came for him to rise from the City Council to the mayor’s office, he seized it.

To everyone’s pleasant surprise, he became a mayor of his people. He was totally committed to the economic future of Washington and was one of the first black mayors to realize that while in office he could make a difference in black economic development. He recognized opportunities that good, bona fide and certified black-owned businesses could perform contractually for cities and create massive employment for the black residents.

Black businesses started to grow in Washington, D.C. because their mayor demanded it. There was no opportunity too big for Mayor Barry to intercede on behalf of black-owned businesses based in Washington. When cable television started to expand in our cities, Marion decided that the D.C. franchise for cable would be awarded to a black resident of D.C. He also encouraged Mayor Coleman Young of Detroit to do the same. This was the beginning of Bob Johnson’s quest to build Black Entertainment Television (BET). In Detroit, it was Don Barden’s entry to a very large business empire. From these two companies many black millionaires would evolve.

Seeing the impact of his networking black firms into the city’s procurement opportunities, Mayor Barry started encouraging all black mayors to emulate what he and Coleman Young did for their cities. Harold Washington of Chicago, and mayors of Los Angeles, Philadelphia, Cleveland, Los Angeles, Atlanta, San Francisco, etc. would step up to emulate the genius of Marion Barry.

Of course, there were a few who would be too timid to act in this fashion and their citizens would miss out on many opportunities. You will not find one black usinessperson who does not appreciate what Marion Barry stood for and will use his standard as a measurement for the performance of current mayors in their cities.

Marion was just a pleasant person with a continuous smile. We had a fall summit in New Orleans after the Katrina tragedy. We were all surprised to see Mayor Marion Barry walking through the W Hotel to attend our event. He came at the invitation of one of our directors and all attendees enjoyed his presence and participation. Despite all of his ills, addiction and fondness for women, he remained focused on civic participation and the inclusion of black business. We could see that trait shining like a new moon during our summit.

He was as serious about the economic development of black communities as other greats like Parren J. Mitchell, Arthur A. Fletcher, Booker T. Washington and many others who are my heroes. Yes, Marion Barry is a hero of mine!

There aren’t too many like him and I believe we should be a little more impatient with our elected officials who do not understand their power and the ability to use it to the benefit of their constituents. Ask your current mayor: How many black businesses have expanded as a result of your leadership? Most will not be able to answer. And when that happens, you should encourage them to emulate the great Marion Barry. The majority press, FBI and Congress did heir best to destroy this man because of what he did for the black economy. That is the price for black leadership in this nation and it is a price our leaders must pay.

Farewell Mayor Barry. You made your mark and will be sorely missed. Rest in peace. Will the next Marion Barry please step forward and show the example of what a difference black business development can make?

Harry C. Alford is the co-founder, President/CEO of the National Black Chamber of Commerce®. For more information visit: www.nationalbcc.org and to contact him, email: halford@nationalbcc.org.