We may be able to reverse signs of early Alzheimer's disease 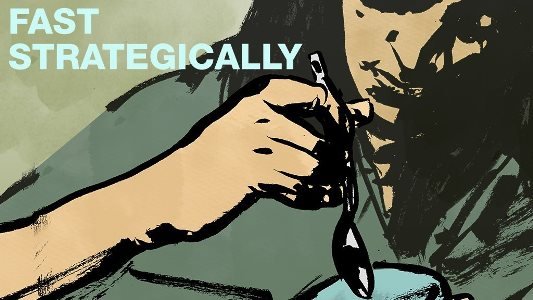 The woman at the department store bounded toward Julie Gee.

"Julie! Hi! How have you been?" she asked. Gee, 49, stared blankly at her. A few uncomfortable seconds passed.

"I have no idea who this woman is," Gee* thought. She felt herself slipping into a sort of cognitive abyss.

"Remember, our sons went to school together?" the woman said. "We did playground duty together?" Gee's mind was dark. She began to panic.

"I tried to act like I sort of knew who she was, became visibly upset and just left the store," she said, recalling the scenario years later. "It was horrible, just terrifying."

Her memory lapses mounted: Gee would find herself, for a few seconds at a time, forgetting where she was while driving familiar roads. She would walk away from conversations with her husband mid-sentence. She would be reading and unable to relate, moments later, even a shred of what she had just read.

The idea of a long, painful descent into Alzheimer's was too much to bear. Gee's initial fear after her diagnosis metastasized to hopelessness.

"I seriously considered suicide," she said.

Hope for a hopeless diagnosis

Alzheimer's disease affects as many as 5 million Americans. It is the sixth leading cause of death in the United States, and there is no cure.

Supplements like DHA and citicoline may help strengthen the connections between your brain's nerve cells, says Bredesen.

Yet a very small study out of UCLA is offering a glimmer of hope for those with what is often a hopeless diagnosis. Nine out of the 10 patients involved in the study, who were in various stages of dementia, say their symptoms were reversed after they participated in a rigorous program. The program included things like optimizing Vitamin D levels in the blood, using DHA supplements to bridge broken connections in the brain, optimizing gut health, and strategic fasting to normalize insulin levels.

A few months after starting the extreme program, patients in the study, aged 55 to 75, noticed their cognition had either improved or returned to normal. Only one patient, a 60 year-old female who was in the late-stages of dementia when she began the program, continued to decline.

The results, published this fall in the journal Aging, support the idea that addressing the many contributing factors of Alzheimer's disease as a group, rather than one at a time, could potentially reverse the disease's early progression, said study author Dr. Dale Bredesen, director of the Mary S. Easton Center for Alzheimer's Disease Research at UCLA.

Those factors include 36 potential deficiencies, imbalances and sources of inflammation.

"Each one of these things contributes a small piece of the puzzle," said Bredesen. "It's like a roof with 36 holes in it. Some people have a big hole in, say, exercise, and maybe a smaller hole in another area."

The 10 patients in the pilot study underwent a battery of tests, including having their blood drawn and brains scanned, and had neuropsychological evaluations. Bredesen said that most of the study participants had between 10 and 24 problems that needed correcting.