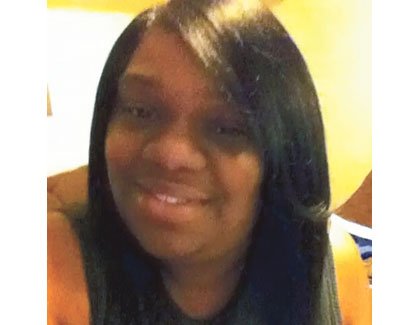 BALTIMORE — Tonya Pearson has enjoyed a long career in retail but after a bit of soul searching and a longing to not have any regrets, at age 36 she decided that it was time to earn a high school diploma.

“I had my son when I was 16 years-old and, at that time, my parents thought I should stay home with my son especially because he was born premature,” Pearson said. “Back then, the rules were different from today where a 16-year-old could sign herself back into school. I wanted to go back to school but my parents thought otherwise.”

Four years later, Pearson gave birth to another child and her focus shifted to caring for them and away from high school.

“I was doing well in retail but something happened and I had to get to a place in my head where I could go back to school,” she said.

In September 2013, Pearson began attending the South Baltimore Learning Center (SBLC) where she decided to focus on her goal of earning a high school diploma.

While attending classes, Pearson sought support from educators and others. Instructor Jay Willetts shared Pearson’s pride when she mastered percentages and was able to teach others how to take discounts off of items at her retail job.

During her new educational experience, Pearson even served as an orientation speaker, encouraging her peers. She’s also volunteered to return to SBLC after graduation to tutor others in math.

Earlier this week, Pearson, who is from Cherry Hill, joined more than 250 students and 11 other graduates, their family members, volunteers and staff from SBLC for the 2014 graduation ceremony where she formally became a high school graduate.

Held twice annually, the graduation ceremony recognizes individuals who complete the General Education Development classes and pass the GED exam, or those who have demonstrated competency in 70 academic life skills through the National External Diploma Program.

Each of the new graduates received certificates of achievement.

“Everybody, all of my friends, wanted to see my diploma and so I’ve carried it around,” Pearson said.

She says that she will be forever be grateful to SBLC, a community-based nonprofit that provides functional literacy for residents in Baltimore City where just 38 percent of adults are either unable to read or read below the fourth grade level and over 142,000 adults do not have a high school diploma, according to SBLC officials.

The majority of the SBLC learners are recognized as the working poor, members of households living below the poverty line with at least one family member working. They are part of an unskilled working class and SBLC’s mission is dedicated to improving the self-sufficiency of educationally disadvantaged adults in the Baltimore area.

“It’s a little overwhelming because I know my possibilities and things in my life have changed because of graduating,” Pearson said. “It’s been 20 years since I went to high school and a lot of things have changed.”

Pearson is now pursing a career as a pharmacy technician and she hopes to be accepted into a local program that is fully granted.

She said right now she’s just enjoying the moment, her children and her mother have already showered her with gifts and she knows there will be a celebration.

“There won’t be a prom, even though my mom says I should have one,” Pearson said. “I’m not a dress-up girl, so no prom!”