Ledisi plays the legendary Mahalia Jackson in the movie “Selma,” which arrives in theatres on Christmas Day 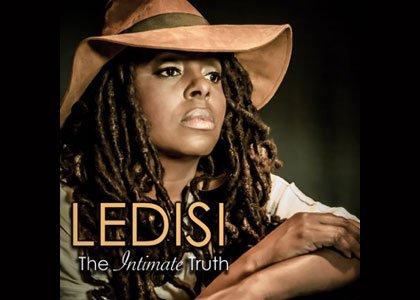 Grammy nominated powerhouse and Verve Records artist Ledisi is excited to announce the release of her new project “The Intimate Truth,” which is set to hit stores on January 20, 2015.

LOS ANGELES — Grammy nominated powerhouse and Verve Records artist Ledisi is excited to announce the release of her new project “The Intimate Truth,” which is set to hit stores on January 20, 2015. The seven-song EP will feature acoustic performances from her latest full-length album The Truth (March 2014). Fans can pre-order (digital) the album today via iTunes, Google Play, and Amazon.

Ledisi is also beaming from her recent Grammy nomination for new single “Like This” in the Best R&B Performance category. Fans can view the 57th annual Grammy Awards on CBS on February 8th at 8pm ET.

Furthermore, Ledisi will be hitting the road again for “The Intimate Truth Tour.” The 20+city tour will kick off in Los Angeles, February 27, 2015 at Club Nokia. She will perform in Baltimore in March 15, 2015 at the Lyric

To add to her excitement, Ledisi will be playing the legendary Mahalia Jackson in the upcoming Paramount movie Selma, which is one of the most anticipated movies for the holiday season. Selma is the story of Dr. Martin Luther King Jr.’s historic struggle to secure voting rights for all people— a dangerous and terrifying campaign that culminated with the epic march from Selma to Montgomery, Alabama, and led to President Johnson signing the Voting Rights Act of 1965. The film also stars Oprah Winfrey, David Oyelowo, Cuba Gooding Jr., Common, Dylan Baker and more. Selma is set for a limited release on Christmas Day 2014 and opens wide on January 9, 2015.

For more information on Ledisi and updated tour dates, please visit http://www.ledisi.com/ and/or follow her on social media at @ledisi.