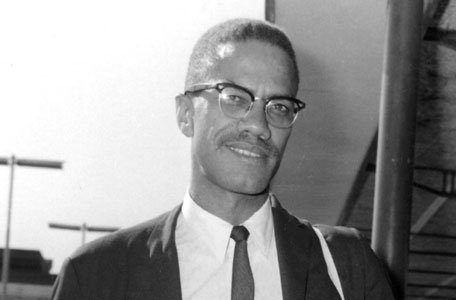 It seems like it just might be a long shot, but one man continues to try and find a way to compel President Barack Obama, Attorney General Eric Holder and the United States government to publish the un-redacted FBI, CIA and New York Police Department files relating to the 1965 assassination of Malcolm X.

“So far, just 44 people have signed the petition, including several individuals from Baltimore,” Altmann said.

Malcolm X, a black nationalist and religious leader was assassinated at the age of 39 by who appeared to be rivals in the Nation of Islam as he addressed the Organization of Afro-American Unity at the Audubon Ballroom in New York’s Washington Heights section.

The assassination came just one week after his home had been firebombed.

Reportedly, files held by law enforcement and federal officials may contain the answers to many questions, including who may have ordered the assassination.

“We have had people sign that live everywhere from the state of Georgia all the way to California. I think such a response illustrates that Malcolm, his legacy, and his message transcended all boundaries and touched every corner of America,” Altmann said.

The government has recently published the United States Senate’s report on the CIA’s systematic use of torture against detainees despite the fact that such disclosures could undermine ongoing efforts against international terrorism and it could also invite retribution, Altmann said in arguing for the release of the Malcolm X files.

“What possible justification could the Obama administration offer for its continued failure to publish the files on the assassination of Malcolm X, a crime that was committed half a century ago? We appeal to the president and Attorney General Holder to publish all federal records, un-redacted and unaltered, relating to this vicious crime and to seek the prosecution of any of its surviving perpetrators,” Altmann said.

For more information or to sign Altmann’s petition, visit: www.petitions.whitehouse.gov/petition, and type in “publish-fully-unredacted-and-unaltered-fbi-cia-and-nypd-files-21st-february-1965-assassination/3Jg1C16j.”