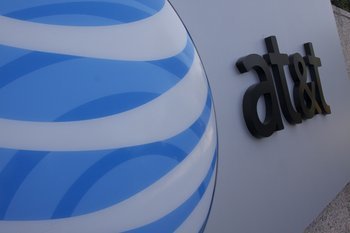 NEW YORK (CNNMoney) — AT&T has launched a new volley in the battle between mobile phone providers.

And in an apparent effort to keep its own customers from departing to other carriers, AT&T also extended the discounts to its current customers who renew. It offered a one-time $100 credit toward their bill for each new line registered with AT&T.

The plans are for customers who shell out for smartphones.

The company called the offer its best-ever. It estimated monthly savings between $40 and $100 for a family of four. A plan that includes 10GB of data, unlimited minutes and unlimited texting would cost $160 per month.

With cell phones largely ubiquitous, providers are finding themselves cannibalizing each other for new customers.

AT&T is the No. 2 wireless carrier behind leader Verizon Wireless. AT&T has been under direct assault from T-Mobile, the No. 3 carrier that has eliminated contracts, cut rates and increased upgrade frequency.

Just this year, AT&T and T-Mobile have gone head-to-head fighting for customers. AT&T offered T-Mobile customers who switch $450 in credit. T-Mobile countered that with a similar offer amounting to $650.