Study: Sugar can make you fat and sick 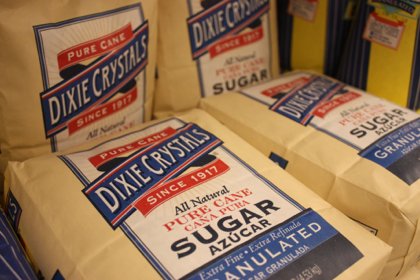 CNN — In recent years, sugar -- more so than fat -- has been receiving the bulk of the blame for our deteriorating health.

Most of us know we consume more sugar than we should. Let's be honest, it's hard not to.

The (new) bad news is that sugar does more damage to our bodies than we originally thought. It was once considered to be just another marker for an unhealthy diet and obesity. Now sugar is considered an independent risk factor for cardiovascular disease, as well as many other chronic diseases, according a study published Monday in JAMA Internal Medicine.

“Sugar has adverse health effects above any purported role as ‘empty calories’ promoting obesity,” writes Laura Schmidt, a professor of health policy in the School of Medicine at the University of California at San Francisco, in an accompanying editorial. “Too much sugar doesn’t just make us fat; it can also make us sick.”

But how much is too much? Turns out not nearly as much as you may think. As a few doctors and scientists have been screaming for a while now, a little bit of sugar goes a long way.

Added sugars, according to most experts, are far more harmful to our bodies than naturally-occurring sugars. We're talking about the sugars used in processed or prepared foods like sugar-sweetened beverages, grain-based desserts, fruit drinks, dairy desserts, candy, ready-to-eat cereal and yeast breads. Your fruits and (natural) fruit juices are safe.

Recommendations for your daily allotment of added sugar vary widely:

The U.S. government hasn't issued a dietary limit for added sugars, like it has for calories, fats, sodium, etc. Furthermore, sugar is classified by the Food and Drug administration as "generally safe," which allows manufacturers to add unlimited amounts to any food.

"With regard to setting a regulatory limit for added sugar in food, FDA would carefully consider scientific evidence in determining whether regulatory limits are needed, as it would for other substances in food."