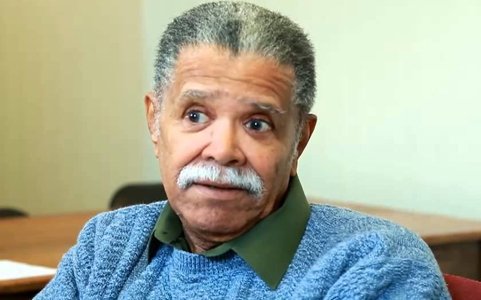 Louis S. Diggs developed an interest in local history while he worked as a teacher at Catonsville High School about 20 years ago. He has researched and documented the history of African American life and communities in Baltimore County, has published nine books about black history, including one about local soldiers who served in three wars in segregated units. Courtesy Photo

BALTIMORE — Black History Month celebrations should not overlook the many brave African Americans who have served in the armed forces, according to one prominent Baltimore historian who also risked his life on the battlefields.

Louis S. Diggs, who has researched and documented the history of African American life and communities in Baltimore County, has published nine books about black history, including one about local soldiers who served three wars in segregated units.

“This unit, the ‘Monumental City Guards,’ started as a semi-military organization, that would just march and do drills, but eventually were called to action,” said Diggs, who will join others from the National Association for Black Veterans in sponsoring the celebration of the 135th anniversary of the unit at on Saturday, February 22, 2014 at the War Memorial Building in Baltimore at 11 a.m.

“They eventually became the 231st Transportation Truck Battalion, an important unit that helped the country a whole lot,” Diggs said.

A retired supervisory personnel staffing specialist for the Washington, D.C. Public Schools and a retired military veteran, Diggs also has put together a catalogue of 8,000 photographs that explores historic black Baltimore County communities. The photos explored the role of African American churches, the contribution of local citizens and education and social life.

In his books, Diggs, who received a bachelor of arts and a masters of arts degree in Public Administration from the University of Baltimore and who has conducted post graduate work at George Washington University in D.C., also explores the history of Owings Mills, Catonsville, Turners Station and Piney Grove.

Diggs says that that his interest in local history developed while he worked as a teacher at Catonsville High School about 20 years ago.

“When it came to the black kids who lived in Catonsville, specifically the Winters Lane community there, they weren’t able to turn a paper in because they couldn’t find anything on the history of the community,” Diggs said. “They were disappointed, and when they asked me for help, there was no way that I could or would turn them down.”

Diggs says the experience segued nicely into the first book he wrote, “It All Started on Winters Lane,” which chronicled Catonsville’s founders.

“I knew that this was an important work and that’s why I keep writing and I hope to have my next book ready for next year,” he said.

For his Black History Month plans, Diggs and members of his committee said there will be an informative discourse on African-American soldiers from the Baltimore Metropolitan Area. The discussion will center on those who served their country in three wars under segregated conditions.

“We will talk about the all African American military unit who served in the segregated Maryland National Guard beginning in 1882,” Diggs said. “They were ordered to active duty during the Spanish-American War, World War I, World War II, and the Korean War.”

The 231st Battalion was the only Maryland National Guard unit ordered to active duty to support the Korean War in August of 1950, Diggs said.

The battalion with its HQ&HQ Company and the 726th Truck Company were deployed to Korea, arriving in Pusan, Korea in December 1950.

Because the 726th was offloaded from the troop ship on December 31, 1950, they became the first of the many U.S. National Guards sent to Korea to support the War.

“The 231st Transportation Truck Battalion, whose mission is to ensure that the history and sacrifices made by these African Americans will always be alive and shared with the wider community,” Diggs said. “Several veterans of the 231st will attend the Black History Month event, which is free and open to the public. We’ll provide a free lunch and place a wreath at the Monument to Black Soldiers. It’s just so important that we reflect and remember our history in this way.”