Battle’s “Bunny Hunnies” to be performed on Sunday, February 22, 2014 at the Chesapeake Arts Center 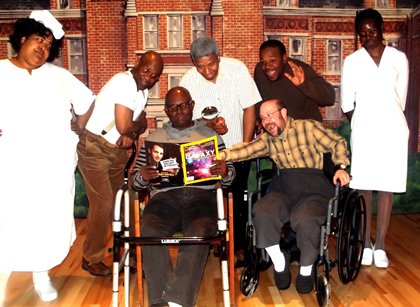 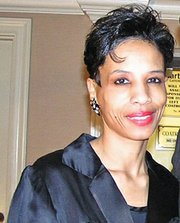 The competition takes place on Saturday, February 22 from 1 p.m. until 3 p.m. at the Chesapeake Arts Center, Studio 194, 194 Hammond Lane in Brooklyn Park, Maryland. The four plays will be judged by the audience and esteemed theater adjudicators.

The competition is being presented by WCS Productions. Entrants had to submit scripts with the line “I see bunnies” included. The competition is designed to expose new playwrights, original scripts and to promote innovative works.

Past productions include: “The Teachers’ Lounge,” “DisChord in The Choir,” “FOR BETTER or WOR$E,” “Widows in The Hood,” “Jacob, Rachel & Leah,” “Noah’s Ark,” “Never Give Up,” “Abraham & Sarah,” “The Christmas Gift,” and “Mary and Martha.” Her hit stage play comedy “The ‘New’ Teachers’ Lounge” will be performed at the Randallstown Community Center March 22-23, 2014. It is also scheduled to be performed in New Orleans in June 2014.

Gregory William Branch, M.D., MBA, CPE is the director of Health and Human Services of Baltimore County. In addition to his academic and professional achievements, Dr. Branch has directed multiple stage productions including” “A Raisin in the Sun,” “Dreamgirls,” “Spelling Bee,” “The Wiz,” “Little Shop of Horrors,” “Applause,” “Steel Magnolias,” and “Ain’t Misbehavin.’”

Tickets to see “Bunny Hunnies” and the other three productions are $30. For more information or to purchase tickets, visit http://www.wcsproductions.com