Reed hopes to inspire and uplift others through revealing tell-all 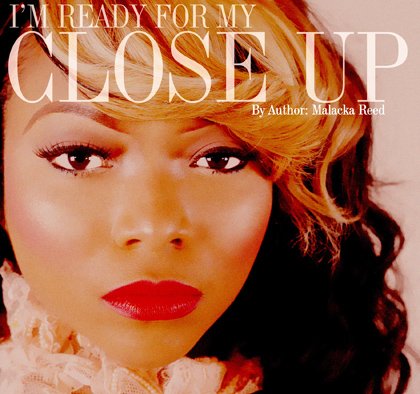 Baltimore native Malacka Reed hopes to inspire and uplift others through her new book, “I’m Ready For My Close Up.” The book reveals in-depth details about Reed’s life, which included a violent rape, drugs, having a child at an early age, violence and poverty, and how she went on to become a successful businesswoman, motivational speaker, beauty expert, and author.

“I decided to write the book because I am a make-up artist and motivational speaker,” said Reed. “Every day, I uplift my clients in Baltimore City and in other cities and states. It became so big and widespread that I felt it was important to let those who depend on my words, in my world. I wanted to let them know where I came from, and why I am where I am today. It was important to put it out in a book because I knew where I came from, and where my life and career was going.”

“The reaction to the book has been awesome,” said Reed. “The book has sold out twice on Amazon. Hundreds of women have personally told me what the book has done for them. Many of these women are broken and confused, but said the book has motivated and inspired them.”

One of two children, Reed was raised in a housing project, and said she began facing staggering difficulties at a very early age. She described both “Malacka” and “Malayka.”

“I call my lower-self ‘Malayka,” said Reed. “Once Malayka took over, she was on a road that was dark and miserable. I began to sell my soul and body for money. I was broken and had cut off all connection with men.”

She added, “But I got sick and tired. I have always been very spiritual, but not very religious. However, my roots began to speak to me. I cleaned myself up, and I was reborn again. I was able to get through it with meditation, praying family members, and praying for myself. Malacka, the higher self was re-born. Malayka is dead.”

Malacka also credits her mother who passed away in 2012, with helping her to get her life on track.

Reed is the C.E.O. of Skai Ryan Cosmetics. She also inspires women daily through “MakUp Minutes,” which are motivational tidbits that she offers about positivity, life lessons and challenges.

She posts “MakUp Minutes” every day by 9 a.m. and has more than 20,000 followers on social media. Her cosmetic line can be purchased at Skyline Cosmetics located at Security Mall.

Reed has been featured on national television shows such as The Bethenny Show, The Bill Cunningham Show and in Ebony Magazine. She is a graduate of Southern High School. She also attended the Laurence G. Pacquin School.

“Work hard and go the extra mile,” said Reed. “You do not have to take short cuts to be successful. What comes fast you lose fast. I want to empower women, help them to love themselves, and see beyond whatever is going on in their lives. Life happens, but you can’t just let it throw you off. You can’t get discouraged and allow more bad things to happen. You have to roll with the punches.”

“I’m Ready For My Close Up” can be purchased on Amazon, on her website, or at Skyline Cosmetics. Reed is also planning a motivational and book signing tour this year.

“I am a makeup artist, but I differ from other makeup artists. I also make-up women from the inside out,” Reed said.

For more information about Reed, her “MakUp Minutes,” her new book, or her cosmetic line, visit: www.MalackaReed.com.