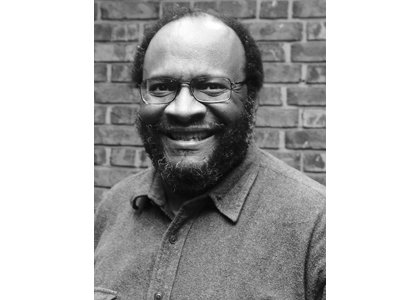 Gregory Kane died this week after a long battle with cancer.

The world of journalism is mourning the death of popular Baltimore Times and former Sun columnist Gregory Kane this week.

Kane succumbed after a long battle with cancer according to his family.

He began a part-time writing career at the Evening Sun in 1984 and started producing a regular column for the Sun in 1995. His style and political philosophy ranged from libertarian on some issues to intensely conservative on others. He often provoked the wrath of liberals for his views, especially the African American political establishment.

“He was exceptionally thoughtful about everything he wrote,” said Baltimore Times publisher Joy Bramble. “He held very strong opinions and seemed to really enjoy stirring the pot sometimes.”

“I often found myself in disagreement with some of his opinions but he was such a great person,” said Baltimore City Councilman Carl Stokes. “I remember his early columns were pretty liberal but his politics seemed to become more conservative over the years. He will be missed tremendously.”

Kane retired from the Sun in 2008 and began producing a weekly column for The Baltimore Times after a brief stint as a columnist for the short-lived Baltimore Examiner. At the time of his death he was also writing for the Washington Examiner and BlackAmericaWeb.com and was a visiting writing professor at Johns Hopkins University.

He was a mentor to many young journalists and writers including DMVDaily.com’s Hassan Giordano, online radio host Catalina Byrd and Bmorenews.com founder Doni Glover.

He was nominated for a Pulitzer Prize for a three-part series he co-wrote on slavery in the Sudan and won awards from the Overseas Press Clubs and the National Association of Black Journalists and others.

Funeral arrangements were still pending at the time of The Baltimore Times publishing.