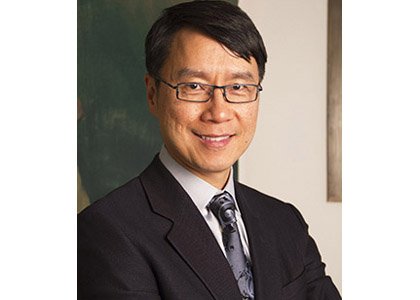 MICA’s board selected Samuel Hoi by unanimous vote to succeed Lazarus IV, as a the college's next president. Courtesy Photo

In a city that thrives on the jobs and prestige that the so-called “meds and eds” (medical and educational institutions) bring to the community, the selection of a president for one of Baltimore’s most esteemed colleges can have an impact of the lives of nearly every resident.

Each year thousands of people gather for Artscape, the country’s largest free arts festival. What many may not realize is this event is the brainchild of Fred Lazarus IV, president of the Maryland Institute College of Art (MICA). Lazarus is retiring in June after 36 years at the helm of one of the world’s best schools of art and design.

Given the school’s sterling reputation, finding a suitable replacement was a daunting task.

Nevertheless, the recent selection of Samuel Hoi as MICA’s next president signals a commitment to continuing the school’s reputation as an agent for civic engagement as well as academic excellence. MICA’s board selected Hoi by unanimous vote to succeed Lazarus IV, who transformed the small college into an internationally ranked institution.

"Samuel Hoi is the perfect choice to build on MICA's legacy as the leader in art and design education and take us forward to greater heights," said Neil Meyerhoff, chair of the Board of Trustees. "His 30 years of experience in launching visionary initiatives, developing community-based collaborations and empowering a world-class faculty and staff is completely aligned with the opportunities that await MICA at this moment in its history."

In selecting Hoi, the board particularly noted his bold steps to highlight art and design's tangible impact, as evidenced by the annual Otis Report on the Creative Economy produced under his direction, and his efforts to position Otis students as community engagement leaders. Under Hoi's leadership, enrollment at Otis increased as much as 34 percent, operating resources have more than doubled and the endowment has more than tripled, attributable in part to a 200 percent increase in individual donors.

"MICA is poised to continue raising its visibility and impact as a world leader in demonstrating how creativity and invention can help enhance almost every area of our lives, from commerce to culture and everywhere in between," Hoi said.

"I'm looking forward to working with MICA's extraordinary faculty and staff, Baltimore's businesses and creative community, and other higher education leaders to continue MICA's tradition of both evolutionary and revolutionary leadership in programmatic innovation to shine a light on the importance of art and design education internationally."

Hoi is a highly regarded educator and thought leader on both coasts, sought-after as a speaker and presenter. He is also known for nurturing unique relationships with major creativity-based companies including Nike and Mattel. While dean at Corcoran College of Art + Design in Washington, D.C. he helped diversify offerings, growing continuing education registrations by 50 percent and related revenue by 100 percent.