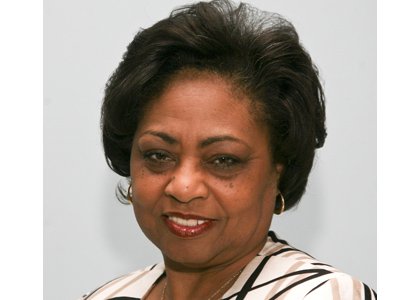 Sherrod is best known as the African American wrongly fired in 2010 by the Obama administration for allegedly making racist remarks. President Obama later apologized to her and she has written a book about her experiences that she will sign at the dinner.

Sherrod is best known as the African American fired in 2010 by the Obama administration for making racist remarks about a white farmer. A white right wing blogger edited a video of the remarks to create that false impression. Shortly after being fired from her position as the Georgia USDA State Director of Rural Development she was cleared by the administration and President Obama apologized to her. She chose not to return to federal service. She has written a book about her experiences “The Courage to Hope: How I Stood Up to the Politics of Fear,” that she will sign at the dinner.

Her father was killed by a white man in Georgia when she was 17 but no charges were ever lodged. A cross was burned in their yard shortly thereafter. The death of her father fostered her lifelong commitment to fight for the civil rights of poor and minority farmers.

She is current a leader of the Southwest Georgia Project, an organization she helped start years ago. They work with primarily female farmers, trying to get more women involved in agriculture, marketing vegetables to local school systems.

In 1988, then Alderman Carl O. Snowden founded the Dr. Martin Luther King Jr. Awards Dinner in Anne Arundel County. The dinner is designed to honor the legacy of Dr. King by honoring those who through their deeds, words and actions have helped to keep his legacy alive.

The MLK Jr. Awards Dinner is presented by the Annapolis based Martin Luther King Jr. Committee, Inc. at La Fontaine Bleue, 7514 Richie Highway in Glen Burnie. This year’s dinner tickets are $60 ($65 after January 14th). VIP tickets are $100 and include premium seating, a private reception before the dinner with hors doeuvres and open bar. Tickets may be purchased by phone at 410-760-4115; by mail to MLK Jr. Committee, PO Box 371, Annapolis MD 21404; or on-line at www.mlkmd.org.