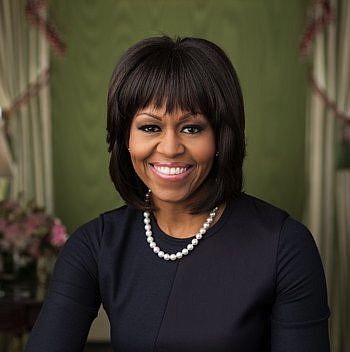 CNN — Fresh back from her extended holiday in Hawaii, Michelle Obama turned her attention to education in underserved communities Wednesday.

The first lady hosted a group of approximately 60 "'education stakeholders" for a White House screening of the film "The Inevitable Defeat of Mister & Pete." The film, which is described as "a coming of age story about two inner-city youth who are left to fend for themselves in the Bronx," was produced by singer-songwriter Alicia Keys.

Keys told the group, which included youth organizations, high school teachers and counselors, that she was drawn to the complexity of the characters when she read first the script.

"It was so complex and so human and so honest and it mirrored the reality of so many kids in America - kids I know, kids I grew up with," she said. "It made me think of my own childhood, growing up in Hell's Kitchen and in Harlem in the middle of it all - exposed to every side of the spectrum of possibility."

The film, as described by Keys, is the story of "a young black boy being triumphant through all the faces of the most difficult, harshest realities."

"There is no one who can make it on their own. No one. Not in this whole world. Especially our kids," Keys said. "That's where education comes in - and the access to quality, unbiased education."

Obama, who says the film is one of her favorites, choked up a bit when recalling a scene in the movie.

"He says 'keep fighting cuz there ain't no ceiling for a kid like you. There's no ceiling!' But Mister (one of the characters in the film) says he can't do it alone," the first lady said. "We have to show these kids that they're not doing this alone. That's what we're here for."

In remarks to the press and screening attendees, she made clear that it is a child's responsibility to use their experiences to learn and grow.

Obama made clear she is going to focus more on education. "For the rest of my time as first lady... I'm going to be doing my very best to promote these efforts," she said, "Three words you are going to hear me say a lot over the next three years: grit, resilience, courage."

Thursday, Obama will join the President for a White House summit of university presidents. According to the first lady, they will be challenged to "recruit and support even more underserved young students at their schools."

"We have to keep fighting because these kids are worth it," she said.