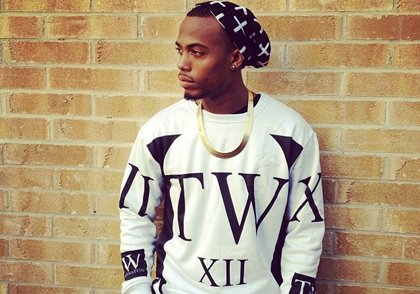 The six-time Grammy nominated artist’s personable and witty demeanor energized the room and set the tone for the Q & A session “Writer’s Rap,” a media event held in Baltimore County on December 20. The event was hosted by social media journalist Hiphopcleopatra in connection with WPB Radio and Atlantic Records. 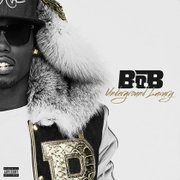 B.o.B. came on the scene in 2006 with the release of his mixtape “Cloud 9” which caught the attention of the music industry. B.o.B. has since evolved into a celebrated talent who has worked with artists such as T-Pain and 2 Chainz. He also collaborated with pop singer/songwriter Taylor Swift for the song “Both of Us.”

Recognized in the industry as a hip hop artist who has topped pop charts, B.o.B. is admired by his peers and aspiring artists. The “Underground Luxury” album features guest appearances from recording artists Future, T.I., and Juicy J as well as Chris Brown. The album was released on Grand Hustle Records/Atlantic Records/Rebel Rock Entertainment.

“Underground Luxury” which was officially released on December 17 again reveals B.o.B.’s ability to connect with listeners through his music and creative lyrical abilities. He said despite humble beginnings in North Carolina he always had ambition. “What has kept me centered was the fact that I always dreamed big and I didn’t limit my dreams based on my surroundings,” he said. “I set my mind on achieving goals outside of my comfort zone and limits. That’s what I push for and will continue to push for.”

In addition to his to new album, B.o.B. will appear on the BET Network series “The Game” as well as VH1 Network “Single Ladies” series.

To learn more about upcoming tours and appearances visit: http://www.bobatl.com.