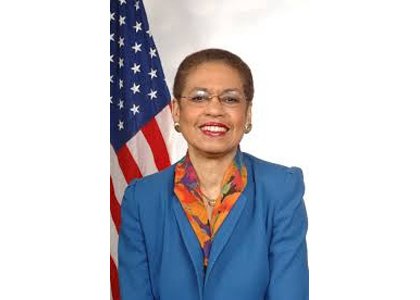 Members of the Congressional Black Caucus (CBC) have declared 2014 a pivotal year in the fight against poverty in the African American community and have vowed to press for new and improved job opportunities while also remaining vigilant in helping to push for the confirmation of black judicial candidates.

“We see the president appearing to make deals allowing people with anti-civil rights records to be appointed judges under his watch and we have concerns, particularly in Georgia because there are those who will get on the bench and will vote against the president’s agenda,” said Rep. Eleanor Holmes Norton (D-D.C.).

The congresswoman’s recommendation of Christopher Casey Cooper from a number of candidates screened by her Federal Law Enforcement Nominating Commission, proved successful earlier this month when the Stanford University graduate received unanimous approval by the Senate Judiciary Committee to become a judge on the U.S. District Court for the District of Columbia.

An African American, Cooper recently returned to Washington, D.C., to become a partner at the law offices of Covington & Burling.

Fifty-five African Americans have been nominated for judicial appointments by Obama since he took office in 2009, but only 42 have received Senate confirmation, said Rep. G.K. Butterfield (D-N.C.), who called the ratio a staggeringly disappointing percentage.

Butterfield said there are also 36 vacancies at district court as well as several at the appellate level and the CBC continues to push for qualified African Americans to fill those posts.

“The problem we have is that Republicans continue to block these appointments and we would hope that the president will be less conciliatory to the Republicans, especially in the 11th circuit and the 4th circuit,” said Butterfield, 66. “It’s critically important to have African American judges both at the trial level and appellate level and we’ve been encouraging the White House along those lines, President Obama in particular.”

(D-Calif.), hosted a media conference call on Wednesday, January 16, to discuss their concerns about judicial appointments and other pressing matters that are part of the caucus’ 2014 agenda.

During the call, each expressed grave concerns about the poverty facing so many African Americans in the United States.

“Oftentimes we forget that there are four in 10 African American children who live in poverty and the unemployment rate, which is nearly 12 percent in the African American community, is a disgrace,” said Lee, 67. “Even African Americans who have jobs are more likely to be in the low wage sector while the majority relies on [food stamps] and Medicaid.

Noting that the CBC continues to advocate and work toward raising the federal minimum wage from $7.25 per hour and to establish a living wage Lee said, “We are working on a bill that, if successful, will see poverty cut in half within 10 years.”

Fudge says that it’s paramount that President Obama’s agenda for 2014 include concrete policies that will help eliminate poverty in African American communities and establish jobs for black men and women who continue their struggle to recover from the recession.