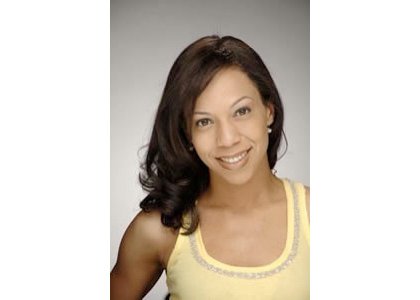 BALTIMORE — A quick look at her resume and accomplishments and Mari Travis would appear to have accomplished all that a dancer and choreographer could desire.

She works closely with her mother and grandmother, renowned dancers and models, Andrea Travis and Willia Bland, at Baltimore’s Flair Studios.

She has performed on the stages of Morgan State University, Georgetown University, the Duke Ellington School of the Arts, Arena Playhouse and she founded the Charm City Dance Theatre where she works as artistic director.

Still, Mari Travis said she couldn’t have been more excited when she performed with legendary singer Dionne Warwick and others at the John F. Kennedy Center for the Performing Arts in Washington, D.C., on Monday, January 20, 2014, during a show to honor Dr. Martin Luther King, Jr.

“It was a fantastic experience. I really felt humbled and I appreciated being a part of such a wonderful event in which King and Nelson Mandela were honored,” said Travis, 28, who along with another Flair Studios dancer, Christine Wyatt, was selected to dance at the event dubbed, “Let Freedom Ring,” which praised the work of the civil rights icons through song and dance.

“I wouldn’t trade this experience for anything in the world,” said Travis, a Morgan State University graduate who noted after the performance that she would go home to enjoy some frozen yogurt and retire to bed.

Each year, Georgetown University hosts a “Let Freedom Ring” initiative to honor King through a series of academic, artistic and extracurricular programs that examine the late Nobel Peace Prize winner’s life and work.

During the event, the school presented its John Thompson Jr. Legacy of a Dream Award and invited Warwick and the “Let Freedom Ring” choir led by Rev. Nolan Williams Jr., to participate.

“I’m so proud,” said Andrea Travis. “Mari and Christine did a fantastic job and Dionne Warwick was great,” she said.

Since its founding 45 years ago, Flair Studios has offered a wide variety of dance and modeling classes, which Andrea Travis said also doubles as a finishing school for young women like Mari and Christine.

Many of its alumni, including Mari Travis, have gone on to enroll and excel at the Baltimore School of the Arts.

“What we teach and expect our students to demonstrate all of the time is, shoulders back, stomach in,” Andrea Travis said. “We tell them to keep their feet together at all times when sitting, no nervous twitches, and no chipped nails. You are a young lady at all times and we want you to demonstrate that at all times.”

For Christine Wyatt and Mari Travis, it has all proven effective, especially after the experience of dancing at the Kennedy Center, they said.

“I felt very much alive as we danced down the aisle,” Christine said. “We as dancers don’t always get to dance with live musicians, so that too was such a sweet treat.”

Mari Travis says that she’ll remember all of the hours of rehearsal and practice that went into preparing for the extravaganza.

“The way my body will feel for the next few days is pain,” Travis said. “But, it’s wonderful and I definitely love what I do.”