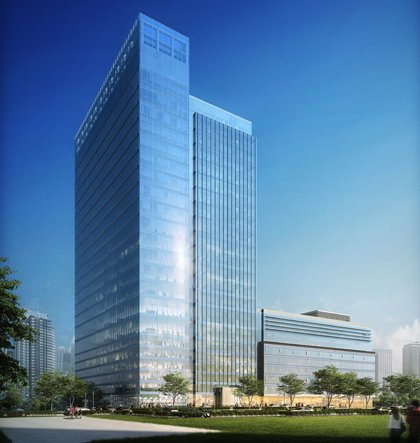 A rendering of the Harbor Point project, which will also serve as Exelon's Constellation business unit. The 350-feet tall building will feature a 24-hour trading floor. Courtesy Photo; Beatty Development

BALTIMORE — Touted as the city’s largest downtown waterfront site yet, planners say Harbor Point will be a vibrant, highly integrated neighborhood with a focus on sustainability and innovation. The project will be located between Harbor East and historic Fells Point, and is being described as the leading development showcasing Baltimore’s urban renaissance.

Harbor Point will also serve as the new headquarters of Exelon's Constellation business unit, and will feature a 24-hour trading floor as the energy hub and heart of the planned 350-foot tall, LEED Gold building. The Leadership in Energy and Environmental Design (LEED) rating system developed by the U.S. Green Building Council (USGBC), is the foremost program for buildings that are designed, constructed, maintained and operated for improved environmental performance and human health. 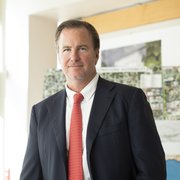 Michael S. Beatty, president and founder of Beatty Development Group, is the developer of Harbor Point. Beatty said he is looking to provide as many Minority Business Enterprise (MBE) companies as possible with an opportunity to participate in the Exelon bidding process.

“We started early last year on the Exelon project,” said Beatty. “We set up an advisory group, and brought in leading contractors on the advisory panel to help get the word out. We also held information and pre-bid sessions to maximize bidding opportunities, and also had mentoring opportunities in an effort to help companies grow with a project like this.”

Beatty says that Wayne R. Frazier, Sr. and his wife Pat, along with Sharon Pinder have been instrumental in the process. Frazier serves as president of the Maryland-Washington Minority Companies Association, while Pinder serves as the director of the Mayor’s Office of Minority and Women-Owned Business Development.

“We want to do all we can to get the word out, and to get as much MBE participation as possible,” said Beatty.

According to Beatty, his company set an internal goal that minority- and women-owned businesses should account for at least 38 percent of firms hired to construct the Exelon Corp. headquarters at Harbor Point.

“We are currently in the bidding process,” said Beatty. “We want to beat the goals that were set. We also want to build up businesses. That is very exciting for us. We want to help the local community to create local companies that can grow. The more they can grow, the more competitive they can be.”

He added, “We are excited to help build-up startups and the MBE community. We are working hard to have more discussions on how we can be more effective and making the awarding process more successful. We want to do better, and are willing to listen.”

Harbor Point will also house 415,000 square-feet of office space, 103 apartments, 41,000 square-feet of retail space, and 750 parking spaces. The neighborhood will feature 9.5 acres of waterfront parks and a promenade along the water’s edge.

“Harbor Point is a billion dollar project and is slated to open in 2016,” said Beatty. “It has the potential to create thousands and thousands of jobs here in Baltimore and millions of dollars in annual taxes. It will create an awesome public park space for all of Baltimore City to enjoy. It also expands the success for Downtown Baltimore.”

Beatty also developed Harbor East, which includes an estimated 5.5 million square-feet of offices, apartments, shops, hotels and restaurants, and is credited with helping to re-energize Baltimore City as a food and fashion destination.

Since 1995, Beatty has led the development of over six million square-feet of mixed-use real estate. Many of Beatty’s buildings have won awards, and he is recognized as one of the top business leaders in Baltimore. He serves on the Boards of Johns Hopkins – Bayview, Central Maryland Transportation Alliance (CMTA), Maryland Institute College of Art, and is a founding member of Waterfront Partnership.

“We all live in a community and our community is one that should be reflected,” said Beatty. “We have a tremendous number of MBE companies, and we should be creating more and more of them to work on projects like this”

He added, “It’s another way of building up our city. It’s a win-win on every side. “The healthier the city is overall, the better it is for everyone.”

For more information about Harbor Point and MBE opportunities, visit: info@beattydevelopment.com or call (410) 332-1100.