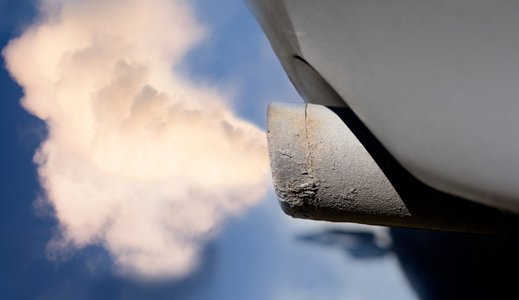 Approximately 26 million Americans suffer from diabetes with another 79 million who have pre-diabetes. This group has been given a compelling reason to join the environmental movement and fight for clean air legislation. They have also been given a compelling reason to replace their old cars that pollute the air and purchase automobiles with higher gas mileage cars that emit lower levels of carbon monoxide.

In addition to the consumption of diets high in fat and sugar, an Ohio State University Medical Center research study funded by National Institutes of Health (NIH) suggests that the air you breathe may also be a risk factor for Type 2 diabetes caused by insulin resistance.

Cardiovascular and lung researchers at The Ohio State University Medical Center were the first to report a direct link between air pollution and diabetes. If the ongoing research continues to confirm this association, scientists fear human health in both industrialized and developing countries could be impacted.

“We now have even more compelling evidence of the strong relationship between air pollution and obesity and type II diabetes,” said Dr. Sanjay Rajagopalan, section director of vascular medicine at Ohio State’s medical center and principal investigator of the study.

Researchers found that exposure to air pollution, over a period of 24 weeks, exaggerates insulin resistance and fat inflammation. “The prevalence of obesity has reached epidemic proportions with 34 percent of adults in the U.S., ages 20 and over, meeting the criteria for obesity,” said Rajagopalan. “Obesity and diabetes are very prevalent in urban areas and there have been no studies evaluating the impact of poor air quality on these related conditions until now.”

Type II diabetes, a consequence of obesity, has soared worldwide with a projected 221 million people expected to suffer from this disease in 2010, a 46 percent increase compared to 1995.

In the Ohio State research, scientists fed male mice a diet high in fat over a 10-week period to induce obesity and then exposed them to either filtered air or air with particulate matter for six hours a day, five days a week, over a 24-week period. Researchers monitored measures of obesity, fat content, vascular responses and diabetic state.

The air pollution level inside the chamber containing particulate matter was comparable to levels a commuter may be exposed to in urban including many metropolitan areas in the U.S.

The U.S. Environmental Protection Agency states that there are four most common pollutants emitted into the air. Those are (1) particulate matter, (2) ozone, (3) nitrogen dioxide and (4) sulfur dioxide. Air pollution is commonly the result of industrial emissions, power plants and automobile exhaust.

“This study provides additional guidance for the EPA to review air pollution standards,” says Rajagopalan. “Our study also confirmed a need for a broader based approach, from the entire world, to influence policy development.”

Other research reveals that long-term exposure to traffic related pollution from cars and trucks is associated with an increase of type 2 diabetes. For example, one research study of African American women from Los Angeles found that those who had higher exposure to traffic-related air pollution were more likely to develop diabetes as well as hypertension.

Diabetes Awareness Project is launching a nation-wide campaign to encourage people with diabetes and those at risk of this disease often called “The Silent Killer” to purchase fuel efficient cars producing high gas mileage and incorporates green technology that reduces the carbon footprint. Car dealers and manufacturer that sell and produce cars meeting these standards will be presented The Green Team Award.

Maurice Hunt survived a near-death experience caused by Diabetic ketoacidosis (extremely high blood sugar levels) that exceeded 1600. He is the founder of Diabetes Awareness Project and can be reached at: mhunt@diabetesawarenessproject.org.