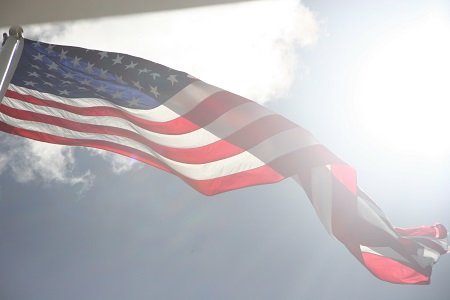 "For Baltimore City natives and residents, our place in the history of the United States—particularly, our role in the War of 1812— is a point of pride," said Mayor Rawlings-Blake. "The defense of our homeland and the birth of our national anthem are remarkable stories. As we celebrate these milestones, we will express our devotion—not only for our city, but for our nation and its long standing history— by proudly wearing the colors of our Star-Spangled Banner each Monday."

Baltimore residents and businesses are also encouraged to participate, as Baltimore City prepares for the Star-Spangled Spectacular, scheduled for September 10 – 16. Baltimore City played a pivotal role during the War of 1812, particularly in 1814 after British forces captured and burned Washington, DC and proceeded north toward Baltimore. The British planned to gain a foothold in Baltimore— attacking by land at North Point and by sea at Fort McHenry, which stood in defense of the Baltimore Harbor. It was during their bombardment of Fort McHenry that Francis Scott Key, a Maryland-born attorney, was inspired to write the words that would become "The Star-Spangled Banner," America's national anthem.

Events marking the commemoration are scheduled to take place throughout the state. For more information, visit: www.starspangled200.com.