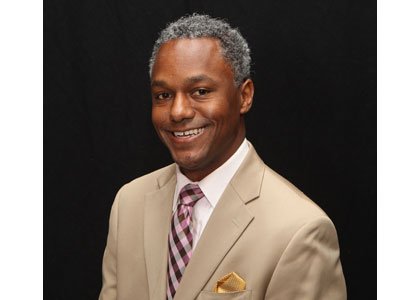 James Page Jr. is the VP of Diversity and Inclusion for Johns Hopkins Medicine (Courtesy photo)

BALTIMORE — James E. Page Jr. has been named Vice President of Diversity and Inclusion for Johns Hopkins Medicine. Page will collaborate with stakeholders and leaders across the system to lead ongoing efforts to create and maintain a diverse and inclusive environment, provide culturally competent patient care, strengthen leadership accountability for diversity and ensure alignment of the diversity efforts with the JHM Strategic Plan.

Prior to his position at the Cincinnati Children’s, he was responsible for directing diversity efforts for DaVita’s 1,500 locations in the U.S. and 10 countries. He also served as vice president of linguistic services, diversity and inclusion for Lancaster General Health in Pennsylvania, where he helped improve delivery of culturally competent care for a diverse patient base in the three-hospital system. In addition, James spent more than 10 years with Dell as a leader in the corporation’s diversity, ethics, and privacy and compliance divisions.

Page graduated from Purdue University with a bachelor’s degree in computer technology, and he holds an M.B.A. from the University of Texas at Austin. James is highly respected and recognized for his leadership in advancing diversity and inclusion. He served on the Corporate Advisory Committee and Health Disparities Subcommittee for the Congressional Black Caucus Foundation and on former Pennsylvania Gov. Edward Rendell’s Workforce Investment Board Leadership Council.

He has received numerous awards, including a Diversity Achievement award from the Institute for Diversity in Health Management and the International Innovation in Diversity Award from Profiles in Diversity Journal. In 2014, he helped Cincinnati Children’s become one of the top four medical systems for diversity in the country as named by DiversityInc.

A native of Indianapolis, Indiana, Page and his wife, Jeresther, have two daughters and one son. He begins work at Johns Hopkins Medicine on August 4, 2014.