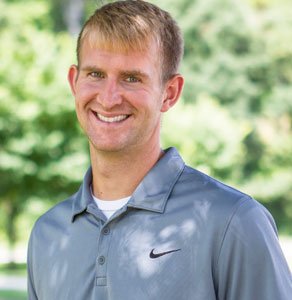 Anne Arundel Community College has named Duane P. Herr of Glen Burnie as director of Athletics. A former scholar-athlete on both AACC’s and Towson’s baseball teams, Herr has been serving as interim coordinator of Athletics since last August.

Herr says he looks forward to creating an atmosphere that fosters not only continued success of athletic programs, but also provides opportunities for athletes to advance to the four-year level to complete their educational and athletic goals so that they are prepared for careers after college.

“Participation in athletics builds skill sets transferrable to life after college,” Herr says. “Anne Arundel offers extensive services to support the success of our students, and my job is to direct our student-athletes to those services while supporting new initiatives.”

He expects his own student-athlete experience to help him in his new position. While at AACC, he earned a 3.38 GPA and the John Laycock Award. He transferred to Towson University where he played baseball as a two-year scholarship athlete and received a one-year academic scholarship.

AACC offers an extensive program of intercollegiate athletics for both men and women, including baseball, basketball, cross country, golf, lacrosse, soccer, softball and volleyball. For information about AACC’s program, call 410-777-2300 or visit the website, www.aacc.edu/athletics.