‘The Teachers’ Lounge’ returns for a special back-to-school performance 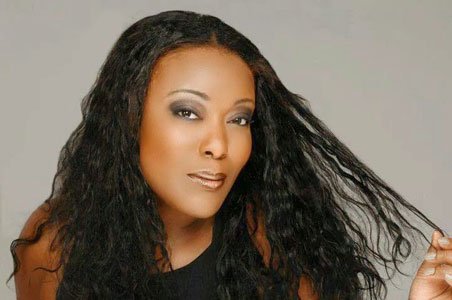 Back by Popular Demand, Ursula V. Battle’s The Teachers’ Lounge returns August 30 & 31, 2014 for a special "Back To School" engagement. Headlining the performance will be actress/singer D’Atra Hicks who has performed in several Tyler Perry plays including Madea’s Family Reunion, and What’s Done in the Dark.

The Teachers’ Lounge stageplay is being directed by Dr. Gregory William Branch of Unified Voices of Johns Hopkins, and is written by Baltimore Times writer Ursula V. Battle.

The performances drew rave reviews from audiences. Many traveled from Delaware, Philadelphia, South Carolina, and other areas to attend the popular production.

The Teachers’ Lounge was written and is being produced by playwright, Baltimore Times writer, and Baltimore native Ursula V. Battle. The play is being directed by Dr. Gregory Wm. Branch of Unified Voices of Johns Hopkins.

A drama with comedic elements, The Teachers’ Lounge centers around the lives of six teachers at the imaginary “New Peaceful Pines Elementary/Middle School”. The school’s teachers find refuge in The Teachers’ Lounge, that one special place of temporary escape where they gather during their long-awaited lunch break to feast on juicy gossip, riveting secrets, insatiable desires, and even secret romance.

While the play is set within a school, the production’s universal themes and uplifting spiritual messages, makes it a must see for all audiences.

Hicks will portray “Miss Brooks,” the school’s cleaning lady. The talented actress and singer began singing at the age of four. In 1989, she signed with Capital Records and released her self-titled debut album.

Her first single, Sweet Talk. went to Number 4 on the Billboard Charts. Hicks’ career also includes sell-out tours in Japan for her album, and a starring role in the stage play Mama I Want to Sing. Her credits also include Diary of a Mad Black Woman and The Maintenance Man. She is also featured on Bishop T.D. Jakes’ The Storm is Over Now music project.

In addition to Hicks, The Teachers’ Lounge features a powerful cadre of some of Baltimore’s most talented performers, including Dravon James of HBO’s The Wire. The production is an updated return of the highly successful The Teachers’ Lounge, which originally debuted in 2002 at Coppin State University.