Pull up those saggy pants 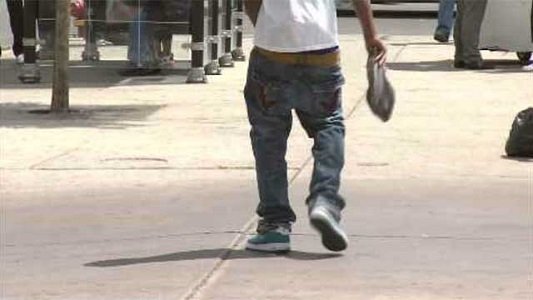 A councilwoman for Ocala pushed for passage of the law, but the town's Mayor Kent Guinn may ultimately veto the fashion police.

If the law goes into effect, it's unclear what measuring tools the Ocala Police Department would use to determine whether citizens' pants are within the 2-inch legal limit of a theoretical waistline. It's even more unclear how they will determine where the waistline actually lies on an individual.

More likely than not, the Ocala PD will use the time-honored legal standard of "I know it when I see it" to eyeball the location of waistlines relative to pants lines. The not-too-subtle message is: Pull up your pants, because "2 inches" really just means "too annoying."

Why do I suggest it singles out young people? I'm not ascribing any evil motive to law enforcement. Rather, as a society, we won't expect the police to ticket a plumber crouched over at work, accidentally revealing his tighty-whiteys. We'll expect them to target teens who show underwear as a fashion statement.

So, the underlying legal question arises: Can the government even outlaw saggy pants in the first place?

It's true that the First Amendment prohibits the government from interfering with our speech -- which is the right to receive and disseminate ideas and information.

Indeed, even offensive clothing, like Nazi uniforms, has been deemed expressive conduct, and the reviled Klansman robe has garnered First Amendment protections.

Well, doesn't having one's pants on the ground convey ideas about comfort, personal style, and individuality? Certainly, but those are not specific enough "messages" for the courts. When you think about it, all clothing conveys those ideas. In the '80s, many of us were conveying strong ideas about acid wash jeans and shoulder pads, and in the '90s, our collective message was apparently flannel and work boots. But that's just style -- or lack thereof -- and it's not enough of a message to be protected speech.

During the 2013 trial of George Zimmerman, many took to wearing hooded sweatshirts to show support for Trayvon Martin, who was killed by Zimmerman while wearing a hoodie.