Is the iPad doomed? 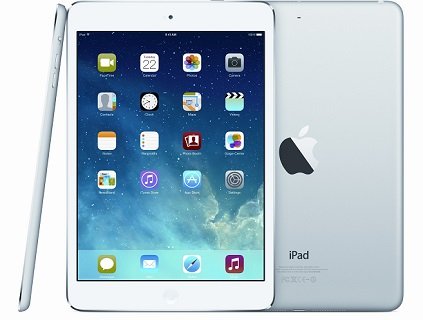 The new iPad Mini is set to be released in November, though there have been reports of production delays. (Courtesy Apple)

NEW YORK (CNNMoney) — Tablet sales are "crashing," says Best Buy's CEO! IPad sales are sinking fast! Is this the beginning of the end for the tablet?

Easy, there, tiger. Tablets are still popular and sales are growing -- 11% last quarter, to be precise, according to tech consultancy IDC.

Still, that's a far cry from two years ago, when tablets were growing at a 60% clip. Meanwhile, the iPad has been in the doldrums, posting a 9% sales decline last quarter, which was preceded by a 16% slump the quarter before that.

So what's going wrong? There are three big obstacles facing the market that are impacting demand for tablets: Smartphones are getting bigger, tablets last a while and businesses aren't buying them.

Smartphones are getting bigger. Like, seriously huge. Samsung's popular Galaxy S5 has a 5.1-inch screen. Its Galaxy Note smartphone has a 5.5-inch screen, and Apple is expected to release an iPhone 6 of the same size this fall. Amazon's Kindle Fire tablet is just 1.5 inches bigger.

Who needs a tablet when you're already carrying one around in your pocket?

Tablets last a while. Unlike smartphones, there's not much incentive to buy a new tablet every two years.

Most people buy unsubsidized, Wi-Fi-only tablets without a contract from their wireless carrier. And there really isn't that much difference between Apple's new iPad Air and the original iPad that came out four years ago.

"Once you have a tablet of a certain generation, it's not clear that you have to move on to the next generation," Best Buy CEO Hubert Joly told Re/Code.

Businesses aren't buying tablets. PCs are everywhere in corporations, but tablets are harder to come by. Corporate IT departments are notoriously slow at adopting new technologies, and security remains a concern.

But that also means there's a huge growth opportunity.

Apple and IBM announced a partnership earlier this month aimed at solving the corporate tablet problem. Apple will deliver iPads to IBM, which will load them with industry-specific apps for businesses in the banking, health care, insurance, retail, travel and transportation sectors.

That's why analysts think tablets could get a second wind later this year.

"We believe that stronger commercial demand for tablets in the second half of 2014 will help the market grow," said Jean Philippe Bouchard, IDC's research director for tablets. "We will see more enterprise-specific offerings, as illustrated by the Apple and IBM partnership, come to market."

So the tablet's not dead. It's just resting.