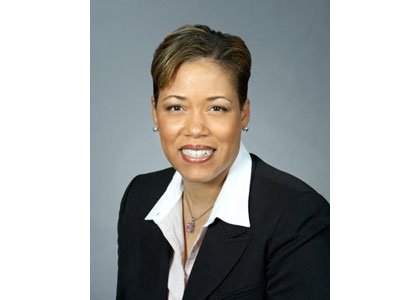 Bank of America (BOA) announced that Janet Currie has been named market manager for Baltimore and surrounding areas.

Bank of America (BOA) announced that Janet Currie has been named market manager for Baltimore and surrounding areas. In this role, Currie will work closely with Maryland and Baltimore Market President David Millman to help deepen relationships with customers as well as coordinate sponsorships and key corporate social responsibility initiatives including philanthropic contributions and employee volunteerism.

Currie succeeds Brooke Hodges, who is retiring on June 1 after more than 32 years with Bank of America.

Currie has been with the company for 20 years, serving in various leadership roles in retail banking, business banking, investment banking and banking operations. Most recently, she was consumer market manager for several Baltimore and Washington, D.C. area banking centers.

Currie holds a master’s degree from New York University and a bachelor’s degree from Spelman College. She is a graduate of Leadership Howard County, currently serves on several boards in her community and resides in Western Howard County with her husband and two children.