He and his estranged wife Idina Menzel separated in December 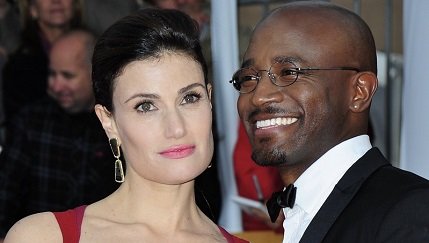 Actress and singer Idina Menzel, along with her husband, actor Taye Diggs, pose on the red carpet at the 19th Annual Screen Actors Guild Awards in Los Angeles, California on January 27, 2013. (CNN/Tom Larson)

(CNN) — Taye Diggs and Idina Menzel had a relationship that fans fell in love with.

So when the actor pair announced in December that they were separating after 10 years of marriage, Diggs was fully prepared for the public's shocked reaction.

"I'd be lying if I said there weren't times when I thought, 'Oh, man, people are going to trip out (if we split),' " the 43-year-old actor told Redbook magazine.

"Maybe they thought it was cute that we met in 'Rent.' There weren't a lot of couples like us in the theater community -- and I know there aren't a lot of performers as talented as she is ... and then you have the whole mixed (race) thing. It was easy for people to root for us."

Neither Diggs nor Menzel have specified what led to their breakup, although Menzel was frank about the challenges of marriage when speaking with People magazine in April 2013.

"We work at it," the "Frozen" star said at the time. "I'm not going to glamorize it or glorify it -- we go through tough times like everybody else, but we love each other very much."

The couple welcomed a son, Walker, in 2009, and since their separation have focused on balancing their co-parenting with their busy careers.

"Right now, we're still trying to figure out a lot of stuff," said Diggs, who stars in the new TNT series "Murder in the First." "We're on different coasts and our son is getting older."