Phaedra Parks the ‘belle’ of the Baltimore 2014 African American Festival 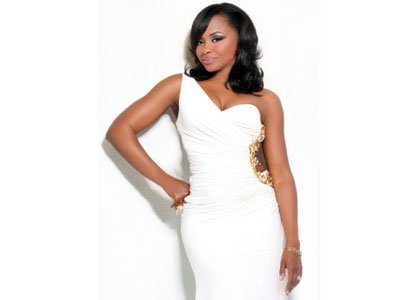 The entertainment attorney, television show producer, entrepreneur, and “Real Housewives of Atlanta” star, will host conversations with festival-goers about her successful career and she’ll also engage in a book signing of her tantalizing new tome, “Secrets of the Southern Belle…”

“I see so much bad behavior in young girls today and the book really talks about how we’ve lost that and how we should really want to look our best and present our best at all times,” Parks said. “Being a belle is recognizing that you don’t get a second chance to make a first impression and most people don’t realize that you don’t have to be raised in the South to be the same fun-loving package of looks, charm, and determination that makes a belle a Belle.”

With numerous current and former A-list Hollywood stars scheduled to attend this year’s festival, Parks might just be the most intriguing.

Her diverse career has led to regular appearances on major television and cable networks including as legal analyst for HLN, NBC, and Fox News, and Parks has been featured in such publications as People, JET, and the New York Times.

“I get so much love from the Washington, Virginia and Maryland area and this will be my first time at the festival in Baltimore and I’m really excited,” Parks said.

With a lineup heavy on celebrity, Parks’ appearance counts as one to treasure, said Shelonda Stokes, president and CEO of greiBO Entertainment, the producer of the festival, which is sponsored in part by the Baltimore Times.

Parks said she’s also looking forward to being a part of the festival.