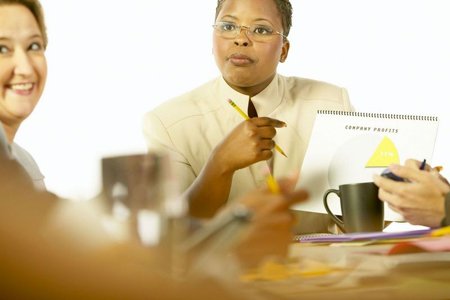 WASHINGTON (NNPA) — Instead of breaking the glass ceiling, Black women have increasingly started making their own. According to the Center for American Progress, an independent, nonpartisan progressive institute, Black women are the fastest-growing group of entrepreneurs in the country.

“Today, women of color are the majority owners of close to one-third of all women-owned firms in the nation,” stated the report. “Increased access to business capital – including microenterprises, venture capital- funded firms, and crowd funding – has helped the number of women entrepreneurs grow substantially.”

“From 1997 to 2013, the number of female-owned firms in the United States grew by 59 percent – one-and-a-half times the national average,” stated the report.

According to the CAP report, “African American women are starting businesses at a rate six times the national average, and their 2.7 million firms are currently generating $226.8 billion in annual revenue and employing almost 1.4 million people.”

As the country grows more diverse, the success of businesses owned by minorities, specifically women of color, will take on a greater role in American economy.

“A 2009 Center for Women’s Business Research study found that the 8 million U.S. businesses that are majority owned by women had an economic impact of $3 trillion annually that translated into the creation and/or maintenance of more than 23 million jobs, a total that made up 16 percent of all U.S. jobs,” stated the report. “Given the rates of growth among women of color businesses, these positive impacts to the nation’s economy stand to grow even further.”

That doesn’t mean it’s easier for minority women to start and own businesses. They often encounter the same hurdles in entrepreneurship that they face climbing the corporate ladder, including “limited access to mentors and “exclusion from elite networks.”

Minority women don’t often possess the personal wealth that allows men and White women to invest in their own businesses. The report said that Black women with children possess zero median wealth.

Once they get their businesses off the ground, minority women achieved varied levels of success, with companies owned by Black women earning about 74 percent less than the average for all women-owned firms, according to the CAP report. Businesses run by White women made 9.5 percent more than the national average.

The report explained that the chosen industry often contributes to the difference in earnings. Black women often start companies in the health care and social assistance, “one of the lowest-grossing industries among women-owned firms in terms of average receipts,” the report explained.

Women-owned firms in the professional, scientific and technical service industries earned significantly more, which means that getting more young women of color interested in science, technology, engineering and mathematics (STEM) an economic imperative.

“While better access to funding streams, diverse industries, and networks are in short supply for women of color, the entrepreneurial spirit is not,” stated the report. “Women, and women of color in particular, face a wide array of work-related obstacles, but their participation as employees, business owners, and consumers is fundamental to the success of not only their own families but also to the success of the U.S. economy.”​