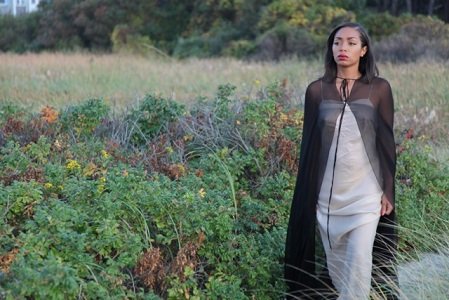 (NNPA) — In 18 years, the American Black Film Festival has migrated from Acapulco, Mexico, to Los Angeles to Miami and now New York City. The locations have varied; the mission to bring African heritage films to audiences has not.

The 2014 festival started with the Big Apple’s premier of Think Like a Man Too, and ended with the first screening of the new Spike Lee horror movie Da Sweet Blood of Jesus. In between, the festival hosted a bevy of panels, acting boot camps, master classes and workshops at the Metropolitan Pavilion on West 18th Street. The screenings took place at the School of Visual Arts (SVA) Theater on West 23rd Street.

Da Sweet Blood of Jesus (*1/2)—Spike Lee, the old guard of Black indie filmmaking, gets his mojo back with this classy, urbane vampire art film that is a beauty to behold (cinematography, art direction, set design, costumes) and a joy to listen to (gospel, jazz, soul, pop). Dr. Hess Greene (Stephen Tyrone Williams) is a blood-addicted rich man who alternates his time between a swank New York apartment and a tony house in Martha’s Vineyard. He’s smitten with the tough-talking British wife (Zaraah Abrahams) of a victim, and the two are obsessed with hemoglobin. Kudos to the very heady, tense and sensual script: edgy dialogue, unique characters, rampant sexuality, romance and an unfathomable storyline. If the film gets cut by 5-15 minutes it would be Lee’s most gripping and evocative – ever.

Hard Time Bus () – The cast in this soap-operaish British melodrama must be moonlighting from a Shakespearean theater company. They have perfect diction, laser-focus and great acting chops, which are wasted in a meandering relationship film. Mark (Neil Reidman) is having troubles with his lady-friend Denise (Naomi Ryan), whom he would like to marry. He gets caught up in his friends’ lovers quarrels, misunderstandings and other far-fetched machinations – veering off his own course. The script (Owen Mowatt) is very talky with long, drawn-out scenes that are far more suited for a theater piece than a movie. Dean Charles, in his directing debut, displays a promising talent.

Think Like A Man Too (*) – This sequel takes an assorted gaggle of friends to Las Vegas to help a couple (Terrence Jenkins, Regina Hall) with a meddling mother (Jennifer Lewis) get married. The best man, played by the increasingly manic and thoroughly likable Kevin Hart, leads the young men on a myriad of wild bachelor party escapades. The females’ bachelorette festivities are equally roguish. The director (Tim Story) uses a very staccato/MTVish editing style to give the film a rapid-fire pace that is daunting at times. However, there is a method to his rushed, jumpy directing style, which comes to fruition during a strip club melee that is totally chaotic and hysterical. The overall feel is hilarious, romantic and sweet.

Una Vida () – In New Orleans, a neuroscientist (Joaquim de Almeida), haunted by images of his mother, a victim of Alzheimer’s, transfers his love for her to an old street singer (Aunjanue Ellis, Men of Honor) who suffers from the same disease. Viewing the neighborhoods in the Big Easy is far more engaging than the storyline of this heavy-handed, snail-paced message movie. The beautiful cinematography keeps you engaged when the script lets you down. Bill Cobbs, Ruth Negga (World War Z) and Andre Royo (The Wire) also star, but Ellis steals all the scenes.

With ABFF’s registration at a midtown hotel, panels on 18th Street and screenings on 23rd Street, the disparate locations never seemed to give the festival a cohesive feel – a sense of community. The traveling back-and-forth must have been a chore for out-of-town visitors (For convenience sake, L.A.’s Pan African Film Festival takes place entirely at the Baldwin Hills Crenshaw Plaza). Time will tell if the American Black Film Festival’s relocation to New York, without a central venue, was a wise decision.

For more information about the ABFF and for a full list of winners, go to ABFF.com