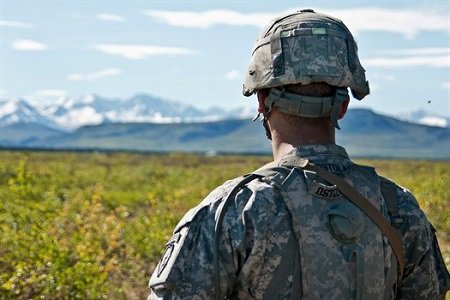 (NNPA) — When it comes to payday and other small-dollar, high-cost loans, many think of urban areas plastered with signage and neon lights. And while those images are all too true, predatory lenders have another favored target: America’s military families.

Military installations populated by the men and women who wear the nation’s uniform are also easy targets for high-cost lending. Often young but earning a steady paycheck, high-cost lenders beckon them with a wide range of triple-digit interest rates on lending products ranging from payday and auto title loans to refund anticipation checks, installment loans and more.

In 2007 President George W. Bush signed into law the Military Lending Act (MLA). Before its enactment, the Department of Defense (DoD) found that “predatory lending undermines military readiness.” To address the abuses, MLA capped annual interest rates at 36 percent for consumer credit. Further, it banned the use of a borrower’s bank account as collateral for payday loans.

Has progress been made? Yes. But is small-dollar lending reform complete? No.

Last month DOD issued a report that noted how too many service members are still caught in predatory debt. Other predatory lending products, such as high-cost installment loans, are now being offered but fall outside the scope of the existing MLA. As a result, DOD now seeks to broaden its current protections to include other forms of abusive credit.

A survey of active duty Services members found that 88 percent of enlisted members said they did not think they would be inconvenienced if there was no access to credit products with more than 36 percent interest rates.

The Department of Defense also asked financial counselors who work with service members additional questions. Nearly the same proportion – 87 percent – did not view a 36 percent annual percentage rate as being too restrictive.

With these and other findings, DOD concluded that new, more comprehensive regulations are needed to protect service members from high-cost credit.

That same conclusion is shared by the Center for Responsible Lending (CRL). Independent research by CRL has found that high-cost lending robs the most financially vulnerable of their monetary assets:

Like payday and car title loans, installment loans have also been associated with repeated refinances and account for as much as 75 percent of

this loan business; and installment loans typically include high-cost, add-on products such as credit life, disability insurances and discount clubs

that significantly raise the total costs of credit.

DOD reports that 67 percent of enlisted service members reported seeing other military members get in trouble using credit. Additionally, because of conflicting state statutes, only 24 states have the authority to enforce the MLA.

In states that already have a comprehensive rate cap in place to prevent high-cost loans of any type, they already extend these important protections to military and civilians alike. However, in states where such triple-digit interest debt trap lending is legal, the DOD’s enhancements would be a welcome way to protect active duty military nationwide.

Reacting to the Department’s report, CRL said, These findings are consistent with earlier analyses by our respective organizations that found that far too often, the important protections established by the Military Lending Act are easy to evade . . . We applaud the Department of Defense for its commitment to protecting the financial stability of service members and their families and we look forward to continued progress on this critical issue.”