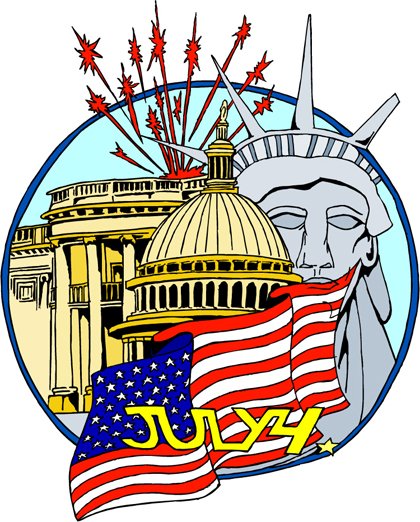 Annapolis Mayor Michael Pantelides invites the public to the Annapolis July 4th parade and firework display on Friday, July 4th. The parade will begin at 6:30 p.m. at Amos Garret Boulevard and proceed down West Street, around Church Circle, and down Main Street.

The fireworks show will begin at approximately 9:15 p.m. The fireworks display will be launched from a barge in the Annapolis Harbor and can be viewed from many locations around the Harbor. For questions about boat restrictions during the fireworks, contact the City Harbormaster’s Office at 410-263-7973.

For those viewing the fireworks from land, Susan Campbell Park has a fantastic view, but it is also the most crowded. Views from Main Street and the Harbormaster’s Building area will be partially obstructed. Suggested viewing areas are public spaces northeast of the Severn River or any of the street-end parks facing Spa Creek.

Spa Creek Bridge will be closed to traffic beginning at 9:00 p.m. to create a spectator pier overlook offering an unobstructed view of the fireworks.

The closer you get to downtown the harder it will be to find parking and the harder it is to get out after the celebration. Park at Park Place or Knighton Garage and take the Circulator trolley to City Dock. The trolley stops at the garages and runs from 8:30 a.m. to midnight. An added bonus is both garages are on the parade route! The trolley is free from the garages, but not from the Navy-Marine Crop Memorial Stadium. That shuttle will run from 4 p.m. to midnight with a fare of $2.00 each way or $4.00 for an all day pass. Children 5 years and under ride free with a paying adult. (Limit of 3 children per paying adult)

Parking on Prince George Street from the water to College Avenue will be resident only parking from noon to 11 p.m. Beginning at 4 p.m. and extending until about 10:30 p.m., parking will be prohibited and violators may be towed from the following areas:

Both sides of Severn Avenue between First and Burnside Streets

East side of First, Second and Third streets between Severn and Chester Avenues

In Eastport, vehicular traffic into the north side of the Eastport Peninsula will be restricted between 5 p.m. and 10:30 p.m. Pedestrian traffic will be permitted. Roadblocks will be set up at 9 p.m. at Sixth Street and Severn Avenue denying access to downtown via the Spa Creek Bridge.

In downtown Annapolis, College Avenue, Duke of Gloucester and Compromise Street will be closed to all but area residents. Prince George Street will be posted “Resident Only Parking” from the water to College Avenue from 2 p.m. to midnight. Vehicular traffic will be denied access to the downtown area beginning at 5 p.m. until approximately 10:30 p.m. Road blocks will also be set up in the following locations: