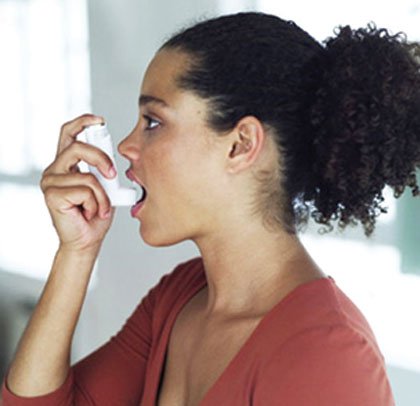 The latest statistics from the city’s Health Department shows that Baltimore leads the state in asthma mortality with 34 deaths per one million people. Charm City also has the highest pediatric asthma hospitalization rate in Maryland and one of the highest in the nation, and many who have the disease are African Americans who often are forced to rush to emergency rooms at alarming rates, according to health officials.

Statistics from the health department also reveal that 28 percent of high school students in Baltimore City reported having been diagnosed with asthma, compared to 20 percent of students nationwide.

“Living with asthma isn’t by any means a cake walk,” said Keith Brown, a retired Army sergeant. “Sometimes you are aware when an attack is coming, but most of the time it’s unexpected and it’s a devastatingly helpless feeling.”

However, a new study released by the Centers for Disease Control and Prevention (CDC) on June 19, 2014, offers hope to sufferers like Brown. The survey suggests that asthma in the U.S. may

finally be on the decline. Over the past several years, about 8.6 percent of Americans have reported that they have asthma, but the CDC’s study, which officials conducted over the past year, noted that the number has decreased to 7.4 percent, the lowest mark in 10 years.

“We’re not really sure what’s going on,” said Jeannine S. Schiller, who holds a master’s in Public Health and works for the CDC’s National Center for Health Statistics in Hyattsville, Maryland. “It was pretty flat for a few years, and then it dropped this year. We don’t know why. There was nothing that happened in public health or environmentally that you would say, ‘Oh, that makes sense.’”

CDC officials say that the largest decline was seen in African-American children and women. “Anytime there is some health report, we seem to always come out on the short end of the stick so it’s interesting that they are saying we are doing better with asthma,” said Terry Strothers, a forklift operator, age 55. “I have had asthma all of my life, but I guess I’m one of those who hasn’t had any recent problems but, for a long while here, I thought it was going to take me at some point.”

The study, where more than 47,000 adults and children took part in interviews with health officials, also revealed that asthma attacks declined from 4.4 percent in 2012 to 3.8 percent last year, the lowest mark in more than 15 years.

Local health officials say they are working to build a sustainable system of care to reduce emergency room visits, hospitalizations and school absences, and to improve the quality of life for children and adults with asthma.

While experts are not really sure what causes asthma, they say that attacks can be triggered by tobacco smoke, air pollution, pollen and cockroaches. It’s also believed that decrepit housing conditions and climate change are possible reasons for many asthma episodes.

“Nationally, I’m not aware of anything that would explain these statistics,” said Dr. Karen Freedle, an Emory University specialist in pediatric asthma.

While the study presents some good news, many say controlling the disease

remains crucial. Lisa A. Gilmore, the program manager at Building Connections for Better Health in Washington offered five ways in which patients can stay healthy.

Gilmore recommends the use of inhaled corticosteroids; a written action plan that highlights prevention and handling attacks; assessing the severity of the disease at an initial doctor’s visit to determine what treatment plan to follow; scheduling follow-up visits with primary care physicians at least every six months; and controlling environmental exposure to allergens and irritants that could make symptoms worse.

because of the optimistic new study.

“We’re saying watch that,” Schiller said. “Because when something is relatively flat for so long and you have a statistically significant difference, you want more data points to support the trend that might be emerging.”