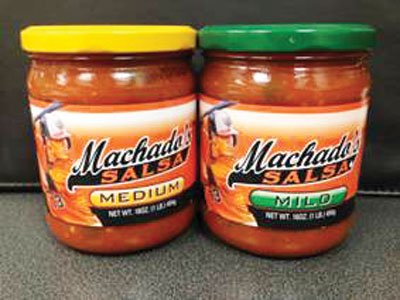 PIKESVILLE, Md. — Manny Machado, of the Baltimore Orioles, was on hand on Tuesday, June 24, 2014 at the Giant store located at 3757 Old Court Road in Pikesville to officially introduce his very own line of salsa, “Machado’s Salsa.”

The 16 oz. jar of salsa is exclusively available for a limited time at Giant stores in the greater Baltimore, Maryland area and online at www.plbsports.com. Fans are encouraged to get their jars before they are gone. “Machado’s Salsa” is available in two varieties— mild and medium.

“Machado’s Salsa” is the latest athlete-branded food product from PLB Sports. Manny joins other greats like Miguel Cabrera, Justin Verlander, Matt Kemp, Cole Hamels and Joey Votto who have teamed with PLB Sports in creating their own products.

Machado was drafted by the Baltimore Orioles as the third overall pick in the 2010 amateur draft. Since then, he has established himself as one of the up and coming stars in Major League Baseball. In 2013, his first full year in the majors, Manny earned a spot on the American League All-Star team and received the prestigious Gold Glove Award.