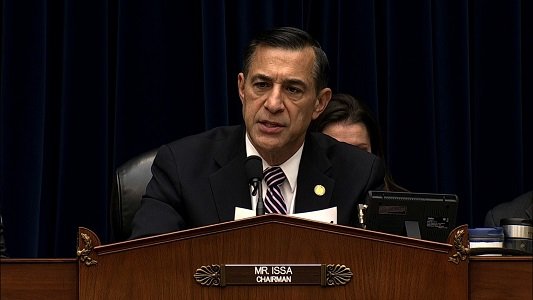 WASHINGTON (CNN) — What is the state of Congress today? How about a public shouting match at a committee hearing, with Republican Chairman Darrell Issa then cutting off the microphones while the top Democrat sought to make a statement.

After the unseemly theatrics Wednesday, Issa conceded that a nearly year-long investigation of Internal Revenue Service targeting of conservative groups may be approaching what he called a "dead end."

"It may well be that we have gotten to the bottom of it," Issa told reporters after former IRS manager Lois Lerner again refused to testify before the House Oversight and Government Reform Committee by invoking her Fifth Amendment rights.

An aide to Issa said the committee chairman had yet to decide on whether to pursue contempt charges against Lerner.

Such uncertainty indicated that Republicans who have alleged the targeting order came from political higher-ups, even the White House, now realize they won't win a legal battle to compel Lerner to provide testimony.

"Without that, it may dead end with Ms. Lerner," Issa said of the probe.

Republicans contend the IRS targeted groups seeking tax-exempt status for extra scrutiny for political reasons, because organizations with names that included "tea party" and other conservative-themed words and phrases got screened.

The IRS, the Obama administration and Democrats reject any political motivation, noting that liberal groups also came under extra scrutiny because of their names.

Lerner, who was put on administrative leave and then retired last year from the IRS, headed the unit that did the screening. So far, she has refused to testify before Congress on the matter, and did so again Wednesday before the panel chaired by Issa.

The move infuriated Issa, who has led a Republican investigation that so far has failed to find any political motivation behind the targeting.

Issa adjourned Wednesday's session over the objections of Democratic Rep. Elijah Cummings of Maryland, who shouted back that the chairman's actions were "absolutely un-American."

As Cummings demanded to be heard, Issa declared, "We've adjourned," and signaled to the committee to cut the microphones by running the edge of his hand across his throat.

Cummings continued, speaking loudly because of the lack of amplification.

"I am a member of the Congress of the United States of America. I am tired of this," Cummings yelled. "You cannot just have a one-sided investigation. There is absolutely something wrong with that."

Afterward, Issa told reporters that the purpose of the hearing was to see if Lerner would waive her Fifth Amendment rights and answer questions. When it became clear she would not, there was no reason to continue, the chairman from California said.

"Mr. Cummings did not raise a point of privilege or a point or order," Issa said, noting that he initially recognized Cummings for a question. "He went into an opening statement. Opening statements had already been completed."

Pressed further, Issa said he had the microphones cut because Cummings continued to talk during "an adjourned meeting."

"He was actually slandering me at the moment that the mics did go off by claiming that this had not been a real investigation," Issa complained.

To Cummings, the issue involved allowing Democrats on the panel to have a say.

"We were basically shut out completely," he told reporters, criticizing Issa and Republicans for repeatedly distorting the panel's findings through "cherry picking information, of sending just a few lines from various transcripts."