Black men can benefit better from sports opportunities, and here's how 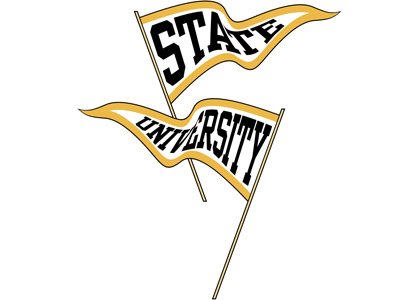 My brother would probably not describe himself as a conservative, but this particular wisdom is infused with conservative principles.

He began by asking a simple question: How many black students currently attend college? According to the National Center for Education Statistics (NCES), about 3.1 million black students were enrolled in colleges and universities in 2011— the latest year such numbers are available.

His second question: How many of those are male? According to NCES, about 1.1 million black males were enrolled in colleges and universities in 2011.

Going with the federal numbers, maybe 5,000 black male student athletes aren't earning their diplomas on time or at all.

My brother's insight was that if all black male athletes graduated, it would have a very powerful impact on black achievement.

What a useful insight! Why? Because black men with college degrees have a much better chance of landing a job and being able to properly provide for a family. Such means can often elude college dropouts or those who never went at all.

The correct follow-up question is: Why don't these student athletes graduate? The correct incentives aren't in place. For instance: Colleges and universities extending athletic scholarships receive only vocal pressure to ensure recipients complete their education. If their standing with the NCAA or their opportunity to compete were contingent on educational attainment, student graduation would become a priority.

Student athletes' admissions test scores should be held to the same standard as other applicants. Corners should not be cut because someone performs better on the court than in the classroom. This would create an incentive for high school athletes to study more effectively and be prepared to perform at a higher level.

If high school graduation standards were raised beyond a simple 2.0 grade point average (GPA) and requirements included passing STEM courses such as trigonometry, calculus, physics or chemistry, it would increase the level of preparation of student athletes and make graduation more attainable.

And let's get real. Too often, a male athlete showing promise at an early age is allowed to slide down a slippery slope academically as attention focuses on training and

competing. Parents and coaches at the junior high school, high school, and college levels must stop exploiting student athletes and show concern for their long-term futures.

Unfortunately, most student athletes' futures don't include professional sports. Therefore, they need, at a minimum, a college education. With a degree, they have a chance to capture reasonable employment. They are less likely to end up on the street as another joblessness statistic.

As college athletes begin to consider unionizing to have a voice at the NCAA's table, increased educational emphasis is something they should demand.

In other words, student athletes should not waste opportunities presented to them to become educated.

This would be a great starting point for improving the quality of their lives and advancing black America altogether.

B.B. Robinson, Ph.D., is a member of the national advisory council of the black leadership network Project 21. You can visit his website at www.blackeconomics.org. Comments may be sent to Project21@nationalcenter.org.