Why happiness is healthy 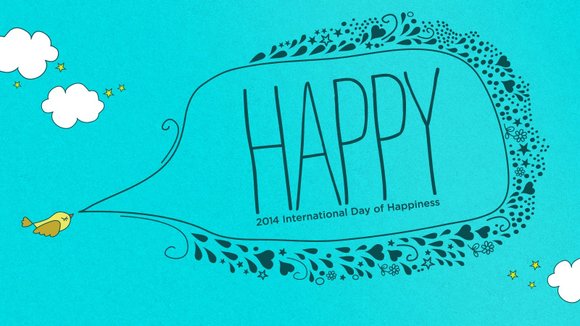 continued — Research has shown that identical twins tend to have a similar level of happiness, more so than fraternal twins. And in identical twins, one twin's happiness is a better predictor of the other twin's current or future happiness than educational achievement or income, Segal said.

"If you have happy parents and happy children, I think that people usually assume it's because the children are modeling the parents," she said. "But that's not really so. You need to make the point that parents pass on both genes and environments."

What's more, there seems to be a certain level of happiness that individuals have generally, to which they usually gravitate, Segal said. That level depends on the person, and the situations he or she is in.

Even if genetics has a big influence, though, that doesn't mean anyone is biologically stuck being unhappy, she said. It might take more work if your baseline mood is low, but certain therapies have proven useful for elevating psychological well-being.

The environment is still quite important for psychological well-being, too, Kubzansky said.

"To say to someone, 'Don't worry, be happy,' is kind of not looking at the whole picture of, what are the environmental constraints on things they can do?" Kubzansky said.

You might be thinking: "Maybe I would be happier if I had more money." There's that old cliché "money doesn't buy happiness" -- but is it true? A 2010 study in Proceedings of the National Academy of Sciences found that emotional well-being rises with income up to a point, which seems to be a household income of $75,000. Day-to-day happiness did not increase with higher incomes.

But when participants were asked about overall satisfaction with their lives, that did continue to rise in conjunction with income, even after $75,000, Princeton University researchers Daniel Kahneman and Angus Deaton found. Their results show a sharp distinction between how people see themselves in terms of happiness "today" vs. life satisfaction.

"More money does not necessarily buy more happiness, but less money is associated with emotional pain," Kahneman and Deaton wrote. "Perhaps $75,000 is a threshold beyond which further increases in income no longer improve individuals' ability to do what matters most to their emotional well-being, such as spending time with people they like, avoiding pain and disease, and enjoying leisure."

Would you be happier if you bought the car you always wanted? Several studies suggest experiences make us happier than possessions. That's partly because once you have purchased something, such as a new car, you get used to seeing it every day and the initial joy fades, experts say. But you can continue to derive happiness from memories of experiences over time.

Experiences form "powerful and important memories that I wouldn't trade for anything in the world," Thomas Gilovich, professor of psychology at Cornell University, told CNN in 2009.

But if you're in the market for a birthday present for your sweetheart, a material object can still be meaningful, becoming a keepsake with sentimental value that increases over time, Gilovich said.