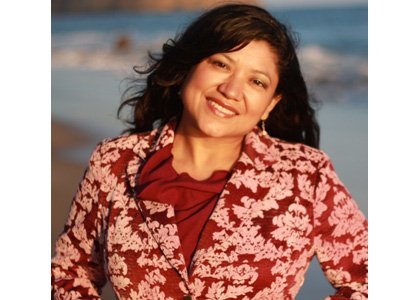 BALTIMORE — The Maryland Humanities Council (MHC) is pleased to announce the selection of “The Distance Between Us: a Memoir” by Reyna Grande for One Maryland One Book 2014. The book, was chosen by a committee of librarians, educators, authors, and bibliophiles in January from a list of over 100 titles suggested last fall by readers across the state under the theme, “the American Dream.” 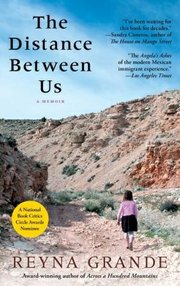 This year a limited number of One Maryland One Book copies will be available in Spanish at selected public libraries across the state. The author will tour the state in the fall, starting at the Baltimore Book Festival in late September.

Now in its seventh year, One Maryland One Book, a program of the Maryland Center for the Book at MHC, is Maryland's first and only statewide community reading project. One Maryland One Book is designed to bring together diverse people in communities across the state through the shared experience of reading the same book.

Upon learning that her book was chosen, she remarked, “For being a writer, I’m afraid I'm at a loss for words! I'm deeply honored that “The Distance Between Us” is this year's selection for One Maryland One Book, and I'm thrilled to have a chance to meet the wonderful people of Maryland. Immigrants are often made to feel that our stories don't matter, or that we don't have a voice. I'm humbled that my immigrant story was chosen to be the springboard for lively conversations on what the American Dream means today. I'm very much looking forward to my visit! "

Phoebe Stein, Executive Director of MHC explains, “The selection of Reyna Grande’s memoir for One Maryland One Book presents an important opportunity for timely discussion across Maryland this fall. Immigration has played a major role in the growth and cultural evolution of the United States. The topic of undocumented immigrants is one that is critical to the health of our communities and our future. One Maryland One Book has an excellent track record of encouraging open discussion, and I look forward to seeing what programs evolve across the state where people can share their thoughts about Grande’s experience and the insights provided through the lens of her point of view.”

Reyna Grande vividly brings to life her tumultuous early years in what critics say is a “compelling....unvarnished, resonant" story of a childhood spent torn between two parents and two countries.

As her parents make the dangerous trek across the Mexican border to "El Otro Lado" (The Other Side) in pursuit of the American dream, Reyna and her siblings are forced into the already overburdened household of their stern grandmother. When their mother at last returns, Reyna prepares for her own journey to "El Otro Lado" to live with the man who has haunted her imagination for years, her long-absent father.

Funny, heartbreaking, and lyrical, “The Distance Between Us” poignantly captures the confusion and contradictions of childhood, reminding us that the joys and sorrows we experienced are imprinted on the heart forever, calling out to us of those places we first called home.

Reyna Grande is an award-winning novelist and memoirist. She has received an American Book Award, El Premio Aztlán Literary Award, and the Latino Book Award. In 2012, she was a finalist for the prestigious National Book Critics Circle Awards. Her works have been published internationally in countries such as Norway and South Korea.

Her novels, “Across a Hundred Mountains,” and “Dancing with Butterflies” were published to critical acclaim and have been read widely in schools across the country. Her latest book, “The Distance Between Us,” was published in August 2012 by Atria Books, an imprint of Simon & Schuster. In this memoir, Grande writes about her life before and after illegally immigrating from Mexico to the United States. A National Book Circle Critics Award finalist, The Distance Between Us is an inspirational coming-of-age story about the pursuit of a better life. The Los Angeles Times hailed it as “the Angela’s Ashes of the modern Mexican immigrant experience.”