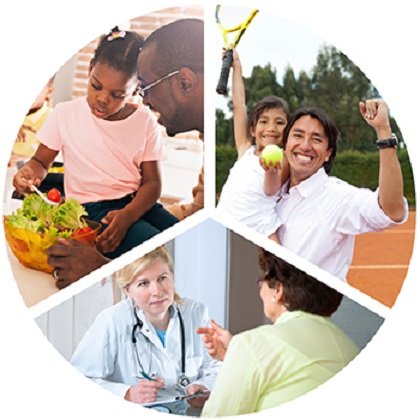 You inherit more than your eye and hair color from your family. You can also inherit a predisposition for diabetes, a disease that disproportionally affects racial and ethnic minorities.

The Office of Minority Health (OMH) at the Food and Drug Administration (FDA) is building relationships with the American Diabetes Association (ADA) and other groups to help Americans prevent and treat diabetes, and to address the disparity in how severely it affects minority groups in particular.

The American Diabetes Association Alert Day on March 25, 2014, is a one-day wake-up call to inform people about the dangers of diabetes, especially when left undiagnosed or untreated. The annual event, on the fourth Tuesday of March, is a reminder for people young and old to take the ADA's Diabetes Risk Test, which includes simple questions about your family history, weight, age and other potential risk factors for diabetes.

Diabetes is a high priority for OMH because racial and ethnic minorities have a higher burden of diabetes, worse diabetes control and are more likely to experience complications (for example, among Hispanics, the death rate from diabetes is 50% higher than for non-Hispanic whites).

Why? For minorities, the problem is a combination of risk factors. "For some minorities, poverty, lack of access to health care, cultural attitudes and behaviors are all barriers to preventing diabetes and having effective diabetes management once diagnosed," says OMH Director Jonca Bull, M.D.

In addition, diabetes can progress faster in minority populations. This rapid progression is compounded by a poor diet, obesity and a sedentary life.

"People live in areas and engage in behaviors that often don't support a healthy life. They don't have enough access to healthy foods and perhaps too much access to fast food," Bull says. "They also lack access to ongoing health-care services."

What OMH Is Doing

OMH is working on several fronts to help members of ethnic and racial minority groups stay healthy and, if needed, to get treatment for diabetes.

Bull explains that OMH's outreach work includes raising awareness of the need for more research in diabetes therapies that address racial and ethnic differences. OMH is also working to make sure minorities are included as subjects in clinical trials of medical products for the treatment of diabetes and other diseases. Those trials involve testing new drugs, biologics (including blood products and vaccines), and medical devices under controlled conditions.

"We need to know how ethnic and racial minorities respond to these treatments. Are there biological or environmental factors that make them respond differently? Are certain kinds of treatments more effective in treating diabetes and other diseases in particular racial and ethnic sub-groups?" says Bull.

OMH is also reaching out to consumers via its new Twitter feed: @FDAOMH.

"We welcome consumer questions and feedback on minority health issues. We're here to listen and to advocate on behalf of consumers," Bull says.

Diabetes affects nearly 26 million Americans (8.3% of the population). In addition, about 79 million adults (35%) are at risk of developing diabetes.