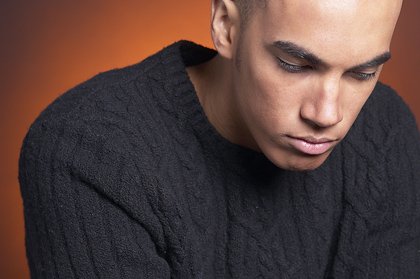 Mick Jagger's girlfriend L' Wren Scott committed suicide recently. There have been different speculations as to the reason. Unfortunately, suicide often is a

response to deep depression. Hanging herself in her apartment was a quick and reckless way out of her despair.

Americans are more depressed than ever. Over sixteen billion dollars were spent last year on anti-depression prescription drugs. This does not take into consideration illegal drugs and alcohol that millions of Americans consume just to fight the blahs. Medical costs to fight depression cost our nation close to sixty billion dollars a year.

Average America has had a lot to get us down and depressed. Millions are unemployed. Millions more are classified as being underemployed and are considered the working poor. At least sixty million people are living in poverty with another fifty million very close to poverty. Working Americans with mid-level incomes pay more and more taxes and get less and less help. The middle-class work harder but get further behind. They have house payments, tuition payments and a growing medical

insurance load. In the meantime they face local, state and federal governments all trying to figure out ways to impose more tax.

There are five keys to American's overcoming our depression dilemma:

*Be involved in meaningful daily activity. An idle life is a depressing life. Human beings need activity. We need to use our hands and minds. Mindless hours of television, staring at the computer or the walls will eventually put you under. Develop a daily life of being busy with meaningful activity. We all need jobs, exercise, gardening, housework, community activities or charity service to enrich our lives.

*Develop and maintain meaningful relationships. This may be family, church and work relationships or it could be people from other circles. Everybody needs somebody to talk to. People can be irritating but the same irritating people will keep you from focusing on you all the time. Total self-focus leads to depression.

*Give some. I grew up hearing that we should give ten percent to God, save ten percent and live on eighty percent. Giving is more than writing a check although checks are significant. Giving and helping others requires exerting positive emotional and physical activity that takes the focus off self. There are all kinds of ways we can be helpful to others.

*Develop a spiritual peace. Before you jump off the Golden Gate Bridge or hang yourself from a doorknob try talking to God. Not every day goes our way. Work can be frustrating and people can disappoint us. Problems can break us down. We all need the power and peace that are greater than ourselves as well as our problems.

*Get some sleep. A rested mind and body thinks more clearly. Charles Spurgeon was a great minister from England. He once said, "I have so much to do I must go back to bed."

Everybody faces down moments in life. Don't let depression get the best of you.

Glenn Mollette is an American columnist and author. To contact him, email: