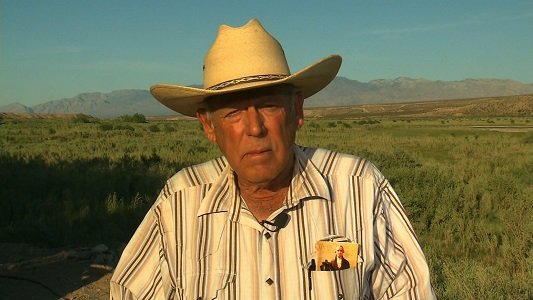 Divert attention by claiming the "media" made a story out of Cliven Bundy. The "media" plucked him out of obscurity, baited him with questions about race, and then blew the story out of proportion.

Deny having defended, supported and promoted Bundy -- despite the recorded evidence -- with faux outrage and feigned offense.

Divert by talking about how much the only racism left in America is the talk about racism. That's one of the points Tara Wall makes in her op-ed attacking CNN for its coverage of Bundy and his self-declared "Range War."

But sticking our fingers in our ears and saying "I can't hear you" didn't make problems go away when we were 5-year-olds on a playground. And saying that if we just stop talking about race, there won't be any racial bias, doesn't make it so.

Look, I get it. Talking about the racial reality in America makes some powerful people uncomfortable. It shows in Chief Justice John Roberts' argument that a nonexistent colorblindness justifies the Supreme Court's gutting of affirmative action and the Voting Rights Act.

Most Americans aren't hateful, and many who are, like Cliven Bundy, don't see themselves in the mirror. But there's still a racial bias in this country that holds back talented Americans who aren't white.

What Justice Sonia Sotomayor said about the judiciary applies to all of us. If we believe in the guarantee of equal protection, then "we ought not sit back and wish away, rather than confront, the racial inequality that exists in our society."

"Wishing away" leads to a denial, and denial of history is, unfortunately, part of Tara Wall's appeal to history. Yes, President Abraham Lincoln was a Republican, but a hundred years later the Republican Party wasn't Lincoln's.

In his first speech after winning the Republican nomination in 1980, Ronald Reagan, said he believed "in states' rights." This at the Neshoba County Fair, just a few miles from Philadelphia, Mississippi, where three civil rights workers were murdered.

In 2005, Republican National Committee Chairman Ken Mehlman formally apologized for this "Southern Strategy." This would have been great, if only they'd stopped using it. But they haven't.

Here's the proof. Or more proof. Phil Robertson of "Duck Dynasty" said pretty much the same thing Cliven Bundy did. Republicans didn't chastise him. They celebrated him. In fact, some Republicans invited "Duck Dynasty" cast members to this year's State of the Union address to show their support.

The Republican Party and its allies supported Bundy's cause célèbre with their actions and rhetoric from the beginning.

Before he wondered if "Blacks might not be better off as slaves," Bundy received support and encouragement from three Republican senators, two of them (Ted Cruz and Rand Paul) with presidential ambitions. Nevada's Republican senator, Dean Heller, referred to Bundy and his supporters as patriots before retracting.