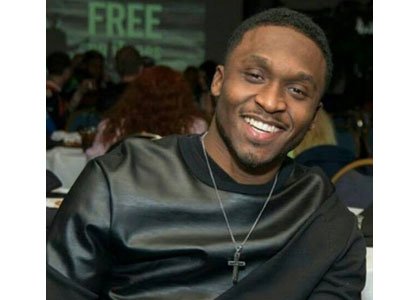 BALTIMORE — Van Brooks counts as a testament to the saying, “When one door closes another opens.” The former Loyola Blakefield football standout has become a living metaphor, and it’s all for the benefit of helping young people understand the importance of having a plan B, he says.

“It was important for me to have a Plan B during my time at Loyola playing sports,” he said. “I wanted to be a football player but I suffered an injury and, before you knew it, my career was over. Then I realized that the only thing I can rely on for success moving forward was an education.”

Passing along the message of a solid education and a backup plan is why Brooks, 26, started the nonprofit Safe Alternative Foundation for Education— or SAFE.

The organization is holding its inaugural “Yards for Success” program to help young people and their families understand the importance of education, trusting law enforcement officers and building teamwork.

It’s a six-week program taking place through May 31, 2014 at Franklin Square Elementary/Middle School in which Brooks and others will mix flag football with educational and financial literacy.

“The kids will play against the police and fire departments and what’s special about that is that it’s important that— especially inner-city children to see that the police aren’t bad people and that fire personnel are here to help,” Brooks said.

About 25 students are participating in the event and a team of coaches and educators will meet at the school for practice and educational instruction.

“That’s when, at the end, the students will certainly have a better understanding of the importance of education, teamwork, positive conflict resolution, personal accountability, along with leadership and other important life skills,” he said.

As an added component, the State Employees Credit Union (SECU) has signed on to handle the financial literacy component of the program and the Barcelona Nut Company has also agreed to help sponsor the event.

“SECU is really interested in supporting Van Brooks in this endeavor,” Mirabile said. “One perspective is that it takes away negative feelings some kids and their families have around police and firemen. The program brings a sports element to it on a weekly basis with flag football and, for SECU; it’s about education because it’s so important they have a good education to fall back on.”

Mirabile says that its never too early for children to learn the value of saving money, whether it’s a little from any allowances they might receive or cash earned from raking leaves, shoveling snow or some other small endeavor.

“We sponsor a lot of programs with fifth and sixth grade through college, making sure that people know it’s important to save money, why you need to save money and that saving is the building block for a strong financial future,” Mirabile said.

While the 25 available spots for students quickly filled up, Brooks says that plans already call for the program to run year-round. He says that he would like to expand registration to 50 children and he also wants to host “Yards for Success’ at other schools soon.

“We just want our children in the community to have a fair opportunity at success and to have a plan,” said Brooks, who on September 25, 2004, at the age of 16, suffered a broken neck while attempting to make a tackle during a game.

Initially, Brooks was paralyzed from the neck down and unable to talk, eat or feel. “I knew right away that I had to do something else,” he said.

Brooks graduated from Loyola and then from Towson University with a Bachelor of Science in Mass Communications. He says that he worked hard to recover from his injuries and, on September 27, 2012, he was able to walk again.

“I soon found out that the keys to success are definitely education,” Brooks said. “The more I looked into athletics and children as I got older, I realized too that the time a person plays in the pros, they are done by 40 and they have their whole lives ahead them, still.”

For more information about Van Brooks and the “Yards for Success” program, visit www.safealternative.org.