Songstress Ledisi to light up stage at Pier 6 Pavilion 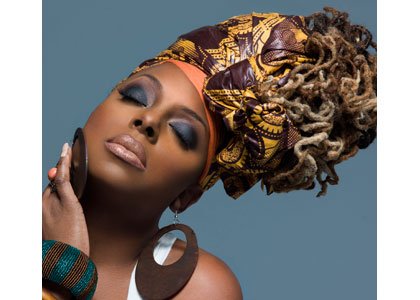 With her fifth major studio album, “The Truth” and headlining a 30 city tour, it’s no surprise that eight time Grammy nominated singer Ledisi is shining like gold. Over the past year, the singer has embraced quite a few changes both professionally and personally that have added her already admirable career.

Ledisi is preparing to give it her all on stage at Pier 6 Pavilion in downtown Baltimore on Sunday, May 4, 2014. Scheduled to start at 6:30 p.m. the concert will also feature performances from Leela James and The Robert Glasper Experiment.

It is evident the talented singer’s newly found happiness radiates through her spirit and performances. “I am freer at my shows this time around because I love all the music from this album and the new changes I have added into my performances. I’m dancing more with great choreography, jumping around on stage and just having fun. It’s not that I move around at previous shows, but now I have this completeness and I’m in a different space.”

The energy is also felt by her fans who eagerly attend to catch the good vibes. “The fans can sense my happiness and feel the music with me. However, what is most important is that I’ve overcome so much throughout my journey and now I’m on the other side. This is my truth.”

Always humbled and loyal to her fans, Ledisi took a moment to take a picture after a concert in Memphis, Tennessee with a fan who waited patiently to capture a memorable moment with the star. Ledisi promises to bring the same liveliness to her stop in Baltimore.

“When I come to Baltimore I’m going to give all of me as I have done in every other city. When artists perform in Baltimore, they have to bring their A game— so Baltimore I’m bring you my all.”