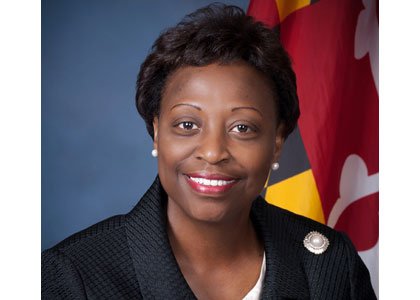 The program is designed to expand the access to half-day and full-day public pre-kindergarten for four-year-olds from families with household incomes at or below 300 percent of Federal Poverty Guidelines (FPG) for the school year 2014-2015. For example, the eligibility to 300 percent of the 2014 FPG is $71,550 for a family of four.

"Through the Pre-K Expansion program, we’re encouraging local school districts and early childhood education providers to partner with area businesses, non-profits and foundations to establish, expand and enhance existing high-quality pre-K programs, providing increased access for more of Maryland’s children and families,” said Lt. Governor Anthony Brown. “Improving and expanding early childhood education is critical to closing the achievement gap and ensuring that all of our children have the opportunity to climb the ladder of opportunity towards success.”

State Superintendent of Schools Lillian Lowery concurred, noting the program represents an extension of the work Maryland has been doing in early childhood development.

“This Pre-kindergarten Expansion Grant builds upon the existing public pre-kindergarten system and moves us even closer to the target goal of providing universal access to high-quality pre-kindergarten for Maryland children of all income levels,” Dr. Lowery said.

Qualified vendors may apply for grant funding in accordance with the following three classifications:

Absolute Priority I— Half-day or full-day pre-kindergarten programs for 20 eligible four-year-olds at state licensed child care centers, or family child care providers or programs that are state or nationally accredited; centers that have published at Level 5 of Maryland EXCELS, Maryland’s tiered quality-rating and improvement system operated by MSDE; or nonpublic schools that hold a certificate of approval from MSDE, in collaboration with a local board of education under a Memorandum of Understanding.

Absolute Priority II— Establishment of new half-day programs and expansion of a half-day to a full-day pre-kindergarten program for 20 four-year-olds operated by a local board of education.

Absolute Priority III— Establishment of a Judy Center or a satellite to an existing Judy Center at a Title I school operated by a local board of education.

This competitive grant program awards applicants that meet the grant requirements and demonstrate strong capacity for improving positive outcomes for children. Additionally, applicants must submit applications for a minimum of 20 four-year-olds, and are encouraged to include any matching funds— either public or private— in their application submission.

Completed applications for the Pre-kindergarten Expansion Grant must be submitted to MSDE by Wednesday, June 11, 2014. Notification of Awards will be announced on or about July 1, 2014. For additional information, contact Jenaya Parris at 410-767-0602, or jesmith@msde.state.md.us regarding Pre-kindergarten program and Cheryl DeAtley at 410-767-0586, cdeatley@msde.state.md.us regarding Judy Centers.

The applications of the Request for Proposal are posted at: