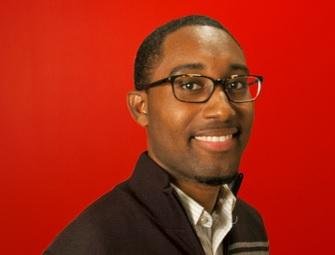 Akil Matthews, a project designer at local architecture firm DDG, has been recognized as one of The Daily Record’s “20 in Their Twenties” honorees for 2014.

The “20 in Their Twenties” Award recognizes young professionals in their 20s whose creativity and entrepreneurial spirit are already contributing to a new energy in Maryland. Winners were selected by an outside panel of judges based on professional accomplishments, community service, and impact of achievement.

Matthews, a graduate of Howard University, has worked on a variety of significant projects internationally since joining DDG in 2011. He previously worked on the re-design of the National Mall in Washington D.C. while serving as a community planner with the Department of Interior.

“We are very proud of Akil and all that he has achieved at this early point in his career,” says DDG Chairman, CEO, and President Ahsin Rasheed. “Akil has become a valuable team member and has a great attitude. He is a joy to have in our studio.”

Beyond his professional achievements, Matthews is an active member of the Knights Fraternity, Inc., where he helps to organize and raise funding for scholarships awarded annually to students in this region. He recently hosted an annual Black Business Conference focused on the importance of entrepreneurship and networking at Howard University.

The graduate of Baltimore’s City College and D.C.’s Howard University also serves as a mentor for the African and Immigrant Refugee Foundation, and volunteers at both the Bea Gaddy Family Center and Habitat for Humanity.

Matthews will receive his award from The Daily Record on June 25, 2014. He will be leaving DDG later this spring to enter the Master’s Program in Architecture and Urban Design at Columbia University.

DDG is recognized as an industry leader, with a reputation for producing quality, innovative, and visionary design for more than three decades. Among the company’s many highly successful, award-winning commercial endeavors are Istanbul, Turkey’s Istinye Park, Pondok Indah in Jakarta, Indonesia, and Easton Town Center near Columbus, Ohio.