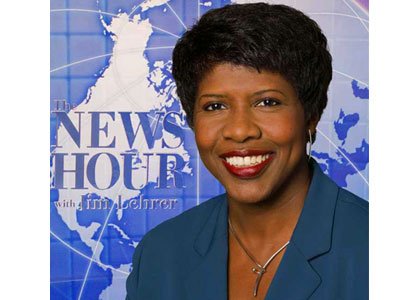 There is little argument about Gwen Ifill’s standing as one of the most successful female African American newswomen in U.S. journalism history.

With a career that has spanned five decades, Ifill began her career at the Boston Herald and later worked for four years at the Baltimore Evening Sun. She went on to work at the Washington Post, New York Times and NBC News.

“Gwen’s career spanning print and broadcast journalism has been an inspiration to many others who might have been tempted to believe the barriers to their success were insurmountable,” said Karen James Cody, co-chair of the event, which takes place on Monday, May 19, 2014, at the National Press Club in Washington.

The 6:30 p.m. event will include several of Ifill’s current and former colleagues who will roast the PBS newswoman throughout the evening.

Dorothy Gilliam, a participant in the roast, says that Ifill’s career should serve as a model for aspiring journalists.

“Gwen is an extraordinary person with brains and heart who’s also made a tremendous impact on the world of journalism for all women, but especially for African American women,” said Gilliam, 77, the first black woman ever to be hired at the Washington Post.

“Gwen’s career is extraordinary for anyone, any journalist whether black or white,” said Gilliam, who noted that she speaks as one who knows the pressures of being an African-American newswoman.

“That she’s been such a trailblazer in the media is also a major statement for people of all ages and races and certainly for young African Americans,” Gilliam said. “I think it says to them that excellence does pay off and, it’s important to note that, if Gwen weren’t truly excellent in each of her endeavors, she would not have been promoted to the next level so many times.”

The ANWC opened in 1932 and continues to support female journalists. Each year, club officials present scholarships to at least three students. The club also bestows upon a professional journalist their highest honor and officials said the recipient must stand out as a leader in the profession.

“Gwen is first black person to be so honored and she was a unanimous choice,” said Cody, who noted that the club honored ABC News legend Barbara Walters last year.

“Gwen is definitely a trailblazer who started her career in [Boston] and has never looked back.”

Ifill, 58, landed a job at PBS where she initially worked on the “NewsHour with Jim Lehrer” and appeared as a regular guest on political programs such as “Meet the Press,” and “Washington Week,” becoming the first female African American to moderate that show.

Her parents’ fight for equality and the lack of African Americans on television inspired Ifill to pursue a career in journalism, she said.

“I was taught that the search for truth and the search for justice are not incompatible and are, in fact, essential,” Ifill told a group of students, faculty members and others at a Diversity Scholars lecture at the Walter Cronkite School of Journalism and Mass Communication in Arizona last year.

“Diversity is essential to the success of the news industry and journalists must include diverse voices in their coverage in order to reach a broader audience,” Ifill said. “We have stories to tell, but many in our audience have stopped listening because they can tell that we’re not talking about them.”

For more information or to purchase tickets for the event, visit: www.anwc.org/gala-registration/.